O'Malley Forced to Apologize for Saying 'All Lives Matter' 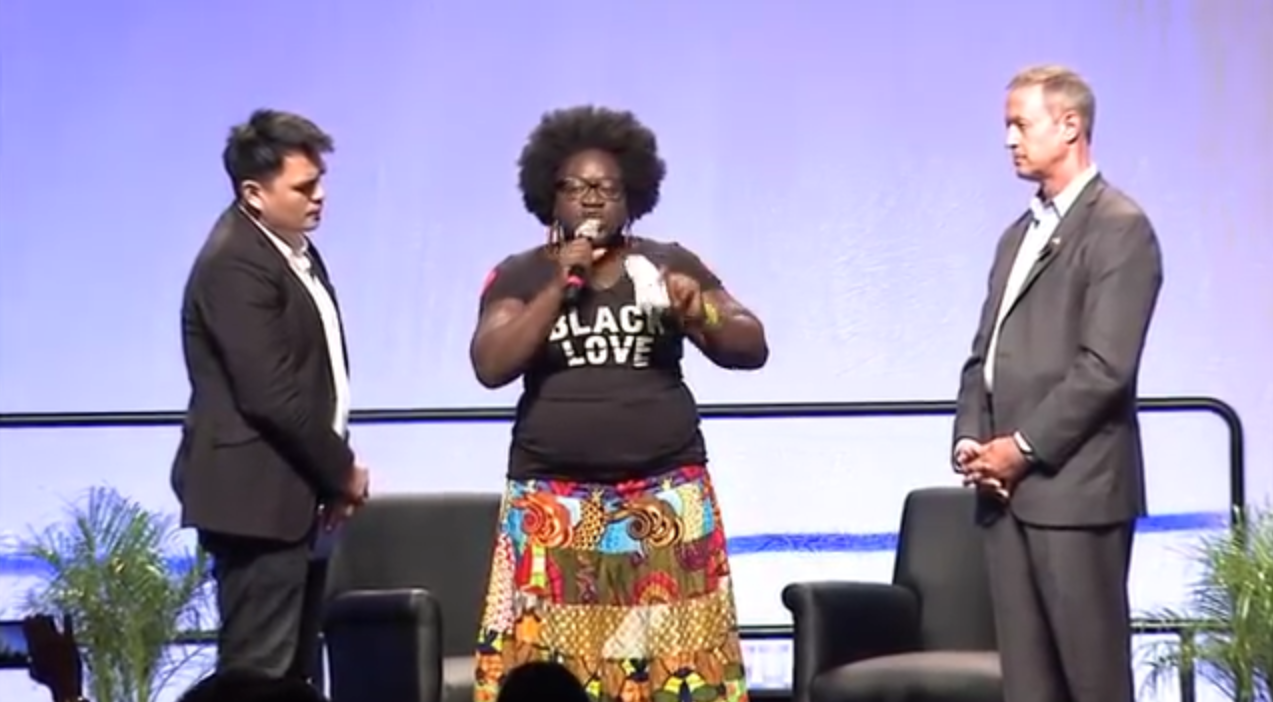 At the Progressive Netroots Nation conference, Democratic presidential candidate Martin O’Malley made the “gaffe” of claiming “all lives matter.” After being the target of outrage from activists, O’Malley has since apologized for his statement.

While speaking to the Netroots attendees, O’Malley was interrupted by “black lives matter” activists chanting, “What side are you on?”

Oso asked O’Malley what he would do as president to make sure “black lives matter” and to “dismantle racism within the United States.”

More activists then joined the stage until they were instructed to “hear the governor’s response.”

Finding the answer insufficient, the audience continued shouting “black lives matter” and the discussion became a chaotic back and forth.

Soon after his speech, O’Malley went on “This Week in Black” to apologize for saying “all lives matter.” O’Malley was asked if he understood that when people talk about “black death,” they explicitly do not mean to be all-inclusive.