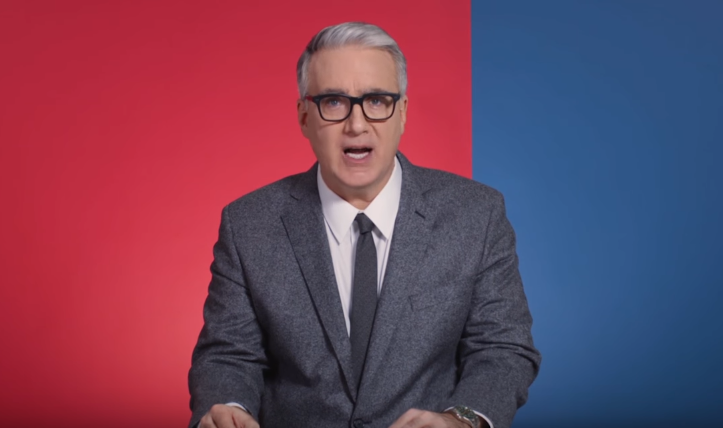 Olbermann has been a radical liberal blowhard for years now -- so radical that MSNBC fired him. Heck, even ESPN got rid of this loon -- twice.

On Monday, shortly before General Michael Flynn resigned his post as National Security advisor, Olbermann posted a video of his latest segment for GQ, heroically entitled, “The Resistance.”

In the video, Olbermann calls for the “suspension, resignation or dismissal” of Flynn as National Security advisor. And sure enough, Flynn's resignation made headlines the very next day.

But while Flynn actually resigning is sort of an admission of guilt, Olbermann couldn’t leave it there.

Olbermann continued his self-righteous rant by saying that Flynn needs to be indicted for violating the Logan Act, and that President Trump should be identified as at least a "co-conspirator.”

Here is one of the tweets that Olbermann has posted about Flynn and his video: 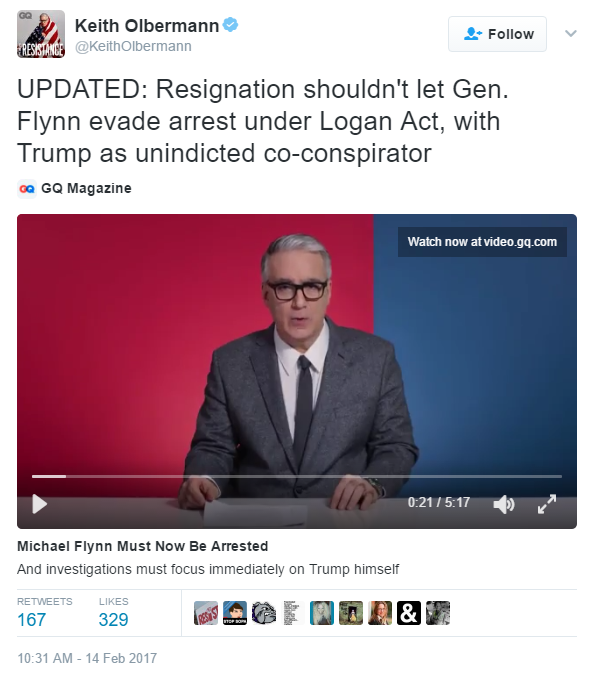 Just like radicals are taught, if you repeat something over and over, eventually people might believe it. The tweet above was just one of the 31 times Olbermann posted this video in the last 17 hours. Overkill much?

For those that don’t know, the Logan Act states the following:

Radicals like Olbermann see Russia mentioned in any story and immediately jump to the conclusion that the current administration must be working with them, and that they must be fervently working toward making the U.S. a Communist nation.

The irony here being that radical liberals love Socialism.

During his almost six-minute verbal diarrhea jaunt, Olbermann then questions whether there are any “patriotic Americans” on the Republican side of aisle in Congress, besides Sen. Lindsay Graham and Sen. John McCain.

“I call for Senators Graham and McCain, and any remaining patriotic Americans on the Republican senatorial roster…if any there yet be,” Olbermann work-chucked.

Radical liberals like Olbermann simply aren’t capable of producing a serious message without throwing a personal slam or two against anyone that doesn’t fall in line with their line of thinking.

Whether Flynn will be indicted or not is up to people above both my and Olbermann’s pay grade. Of course, as a political commentator, Olbermann is entitled to his opinion. But when someone is a severe narcissist, like Olbermann, not only do they believe their word is gospel, but they wrap themselves in the American flag and call themselves “The Resistance.”

Oh, wait. Olbermann already did that.