The ACLU’s Jane Doe, a 17-year-old illegal alien who’d crossed the border unlawfully and is being held at a federal detention facility in lieu of a sponsor, obtained an abortion early Wednesday morning after a court ruled in favor of her pro-abortion lawyers.

And of course, the pro-“choice” crowd praised the child's fate as a celebratory moment, stopping just shy of physically dancing around a sacrificial altar like some sick and twisted death cult.

BREAKING: Justice prevailed today for Jane Doe. She was able to get an abortion early this morning. #JusticeforJane

Ok. I'll bite. If abortion really is no big deal, if deliberately terminating the life of a developing child is a “right” that we shouldn’t think twice about, if it's really "justice," then let’s talk about what really happened to Jane’s baby. Let's face the truth with facts instead of hashtags.

For the sake of argument (because they’ll never tell us, that would damage the narrative) let’s assume Jane's baby was a girl. Here's a good idea of what Jane’s baby looked like at 16 weeks: 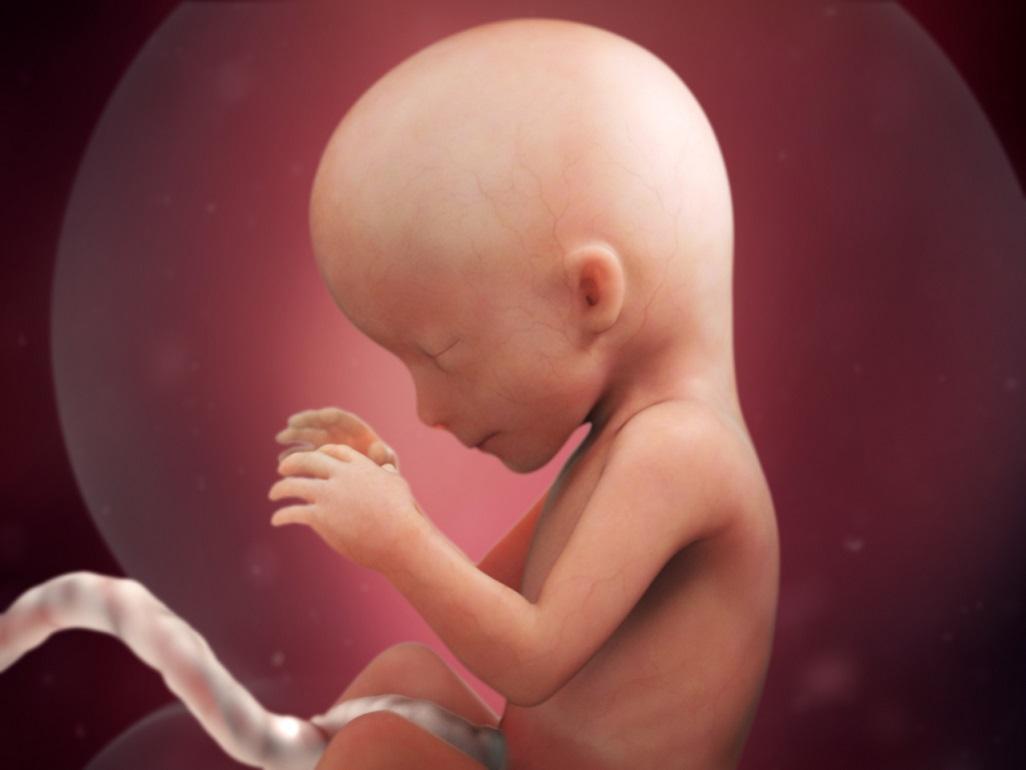 According to WebMD, Jane’s baby had had a heartbeat for about three months, and measurable brain activity for longer than that. She already had well-developed fingers and toes, eyelashes and fingernails. She could stretch. She could yawn. She could even suck her thumb and make facial expressions. At about 6 inches long, she would have already had a functioning nervous system and fully developed reproductive organs of her own.

Given she was already well into her second trimester, it’s likely Jane Doe underwent what’s called a dilation and evacuation abortion. In this method, Jane would have been given a drug called misoprostol several hours beforehand to help soften her cervix, which the abortionist then manually forced open using a device called an osmotic dilator.

A hollow tube was then injected into Jane’s womb to literally vacuum out her baby. The larger pieces that won't fit in the tube were pulled out with forceps in bloody chunks, all without anesthesia for the child. If the abortionist's done his job right, he left nothing behind. He would then have used a curved blade to scrape out the inside of Jane’s uterus, a dangerous procedure that carries the risk of internal scarring and possible infertility.

The baby's dismembered body would've been disposed of as biological waste, and Jane would have left the clinic the mother of a dead child.

Of course, it’s also possible Jane underwent a medical abortion using a combination of abortion-inducing drugs, a method sometimes used in the early stages of the second trimester. It’s much less likely given her circumstances, living situation, and how far along she was, but let’s consider the possibility anyway.

If this is the case, then it’s likely that Jane hasn’t yet completed the two-day medical abortion process. In this scenario, here’s what’s happening right now.

Under this method, the drug mifepristone was most probably administered to her vaginally by an abortionist at the clinic, though it’s possible she took it by mouth. Also known as RU-486, here’s what mifepristone does to a developing preborn baby:

RU-486 is an artificial steroid that interferes with the action of progesterone, a hormone crucial to the early progress of pregnancy. Progesterone stimulates the increased development of the uterine lining, which nourishes the developing child. It also suppresses normal uterine contractions, which could dislodge the child implanted and growing on the wall of the mother’s womb.

This abortion-inducing procedure RU-486 fills the chemical receptor sites normally reserved for progesterone and blocks the progesterone signal. Failing to receive that signal, a woman’s body shuts down the preparation of the uterus and initiates the menstrual process.

The pre-born child, deprived of necessary nutrients, starves to death.

Jane’s baby’s heart, which has been beating for the past three months, will eventually stop.

In this event, it’s likely the abortion clinic has already sent Jane back to the detention facility to complete the abortion process in roughly 48 hours using a drug called misoprostol, which will induce premature labor and expel the now-shriveled dead baby a full five months early. She will likely bleed heavily, vomit, and experience quite a lot of pain. She may require medical intervention to stop from hemorrhaging.

This method certainly isn’t without its risks. The U.S. National Library of Medicine warns that “irrespective of the medication used for second trimester termination there is a considerable risk of surgical intervention because of vaginal bleeding or incomplete abortion.”

One of these two methods happened this morning in a Texas abortion clinic. A child, with its own unique fingerprints, who could suck her thumb and yawn and make faces, was either starved to death slowly only to be born dead on a bathroom floor, or she was ripped from her mother in pieces. And the ACLU is celebrating it.

God help those who think it so.