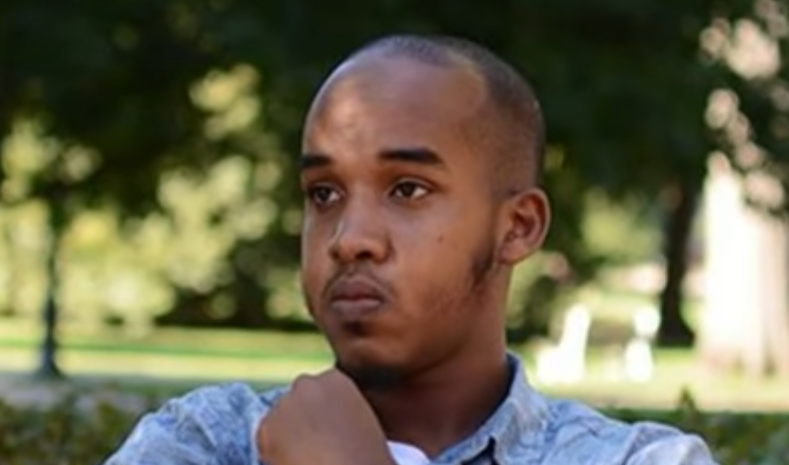 It appears we have yet another misguided, radical Muslim that carried out the attack at Ohio State University Monday. This comes just as the Islamic State (ISIS) reportedly claimed responsibility for the attack.

Abdul Razak Ali Artan, whose family came to this country as refugees through Pakistan after fleeing their native country of Somalia, apparently posted a rant on Facebook mere hours before he carried out his short lived but vicious attack on the gun-free Ohio State campus. (The ironic part being that Ohio State police officer Alan Horujko stopped Artan with, of all things, a gun.) 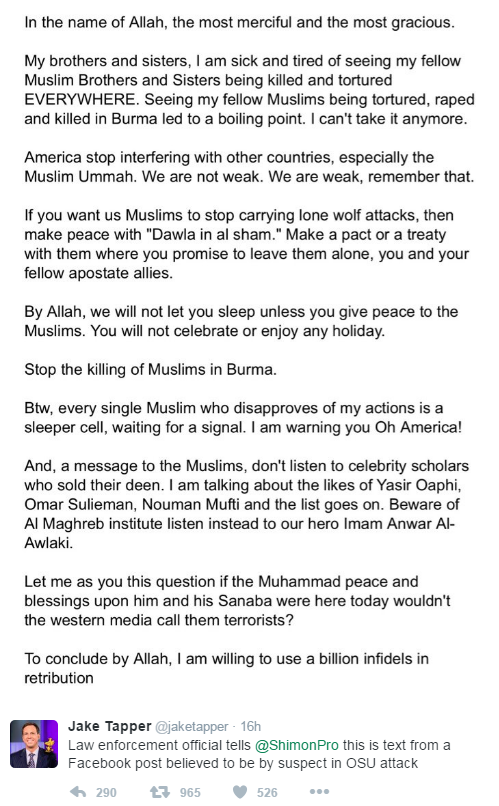 A billion infidels? This seems to be typical of people with the same mindset as Artan. Radical Muslims like Artan are completely dedicated to achieving their religious dream to the point that they don’t care how many atrocities they have to commit or how many people have to die because of such a radical ideology.

Artan also brought up that Muslims need to stop being killed in Burma, and I agree, but it’s not Americans doing the killing. The Burmese government are the ones that don’t even allow Muslims to be citizens of Burma unless they can trace back their heritage almost 200 years.

Oh, and if Anwar Al-Awlaki is your idea of a hero or martyr, then you’re a special kind of special. This is the same Awlaki that told Muslims it was their duty to kill Americans.

Artan also mentioned the U.S. and their “apostate allies.” Radical fundamentalists like Artan call people out for apostasy, but they fail to realize that the people they call out have freedom of speech. Now, to squelch any negative commentary on Islam, they call you an Islamophobe. It works the same way certain snowflakes call people racist all the time. People like that just use those words to shut other people up in a politically correct world.

It’s funny how radical fundamentalists like Artan constantly bash Western principles and advances in culture while at the same time using those same advances to voice their displeasure.

Isn’t it ironic? Don’t you think?