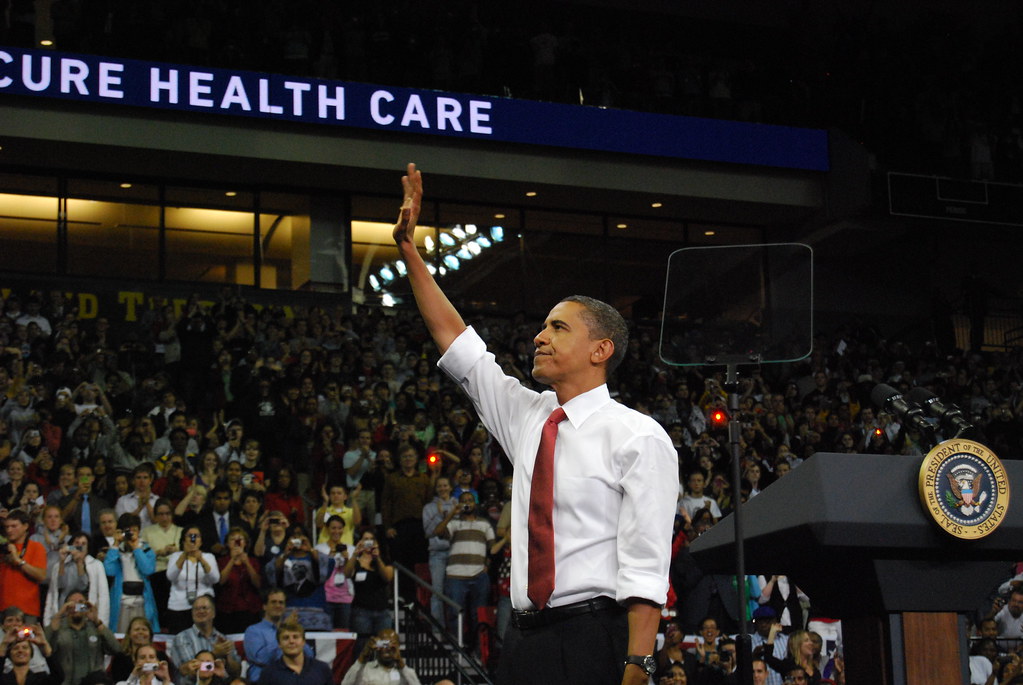 Fish stories abound in politics. Office holders and those who aspire to make their living off wealth redistribution and legal extortion have a perverse knack for lying in order to make things seem better or nobler than they are. As a result, we’ve been treated to fictitious tales of heroic Hillary Clinton welcomed to Bosnia by sniper fire, and blue collar Joe Biden claiming his family struggles were like British Labour leader Neil Kinnock’s. These grandiose fantasies fit the template that fish stories are told to make something or someone look bigger than it or he actually is.

In the case of the Obama Administration, the biggest of all their whoppers was slightly different, but intended to have the same effect. It was the ludicrous claim that the Affordable Care Act (aka ACA, aka Obamacare, aka the Medical Fascism Law) lowered health insurance and medical costs.

First, a word of warning. Many commentators and reporters covering this topic do not offer specifics regarding exactly what they are discussing. As a result, one can read a report about “health insurance costs” and not be certain if it is about them overall, or about:

So, let’s look at their central, most popular claim. In December, then-President Obama told the world that his ACA has “made health care more affordable for all Americans.”

This followed a flurry of erroneous reports by left-leaning pop media outlets in the months prior to the election (what a shock) that echoed the same thing, as MSNBC comrade Steve Benen’s fantastically bizarre post from June claimed in its headline, “’Obamacare’ Contributes to Dramatic Health Care Savings.” This, in turn, was based on another mind-addled “report” from the Huffington Post’s Jeff Young.

The gist? Costs between 2014 and 2019 were estimated to rise not as swiftly or as steep as estimated in 2010. Just a couple of problems with that claim. First, the leftist Urban Institute study focused on expenditure projections. This kind of “analysis” is akin to Congress claiming there was a “cut” in spending on something when budgets were actually increased, but not increased as much as the politicians wanted. Additionally, these estimates were assumed for the years 2016-2019, years for which data had not arrived, and which, as we can see from the numbers that rolled in last fall, have nothing to do with reality. To top it off, these were not just projections for private policy holders, but for government plans as well.

Simply put, what they depicted as savings were not savings. In fact, costs rose on every front: public/ACA, individual and business-based plans. And this information is not new. Vigilant observers were reporting the real effects of the ACA long before President Obama offered his recent lyrical drivel.

Let’s break it down.

When factoring out federal subsidies for ACA recipients, premiums for all health insurance policies that are comparable year-to-year increased every year since the ACA was enacted, at rates higher than those prior to the enactment of the ACA.

One year ago, Sarah Feldpausch, writing for Americans for Tax Reform, warned that, based on what the insurance companies were offering, 34 states would see not just increases in “Exchange” premiums for 2016, but double-digit increases of 20% or more.

The increases were not enough, and so this new year sees even worse information…

In an analysis of the proposed increases for 2017 by Janna Herron, published in The Fiscal Times on November 1, 2016, Ms. Herron noted:

Premiums in 31 states are expected to rise by double digits, while two states will see decreases in 2017 from this year. Premiums in one state — Arizona — are estimated to more than double.

It is important to note that, in those states that see “decreases,” the “decreases” come on the backs of others. Built into the Affordable Care Act law is a surcharge on all self-held policies which is bundled by the feds and used to offset the “costs” of “indigent” people when they buy their “Exchange” policies. The ACA also uses a Byzantine “reinsurance” system funded by taxes/deficit spending that “refunds” money to “Exchange” participating insurance companies for any expenses incurred beyond certain thresholds. The system is rigged to try to keep costs to those playing the government game lower than they would usually be, and it comes at the expense of those buying their own policies with their own cash, and at the expense of future generations who will be tax slaves to the feds.

But what about private, individually held plans and business plans?

In July of 2016, Forbes writer Brian Blasé offered a concise and cogent overview of the massive cost increases for both ACA-related plans and non-ACA plans. On ACA-comparable plans before and after the ACA, he noted:

Economists at the University of Pennsylvania, also using actual pre-ACA individual market data, estimated that the total expected price of individual market coverage (premiums plus out-of-pocket payments) increased by 14% to 28% as a result of the ACA. According to their findings, “the pre-ACA average premium was lower than the lowest silver plan premium.”

But why, Santa, why would these increases happen? After all, Big Brother loves us, we’re seeing “more affordable” healthcare!

For any person who is honest about economics and political machinations, these cost increases were inevitable, and will continue even after the “mandate” to buy health insurance is likely removed by the Trump Administration. Why?

Because politicians have preyed upon emotion to blind people to the real function of insurance, which is to act as a hedge against future liability, not as a fund to give people cash for their care. The plan to channel more and more health insurance decisions into the hands of politicians has been long-standing. Its heart is what is called “Guaranteed Issue,” or legally mandating that insurance companies cover people with preexisting conditions. In the 1990s, many state legislatures introduced these mandates (contrary to the Contract Clause of the US Constitution), forcing companies to not only accept people with preexisting conditions (thus making insurance not insurance, akin to telling property insurers they must insure people whose homes are already on fire), but to “rate” people in ways that were not actuarially correct -- not based on risk statistics.

This inspired young people to either drop their policies or not buy them, leaving relatively older, sicker people in the pool of insureds, and cutting the “clean premium payments” out of the loop. This caused massive increases in costs for the insurance companies. In places like Kentucky, New York, and New Hampshire, rates increased over 200% in two years and the states saw decreases of 40% of those under 35 who held policies. Young people chose to pay other bills, and they knew they could get “insurance” (ie payments for their medical bills) after they got ill.

Contrary to the Constitution, the ACA federalized this “Guaranteed Issue” mandate, thus creating a nation-wide spike in rates. The “penalty” for not buying the insurance was initially not part of the ACA, and, when put into the bill, was written to be so low, it would still be a better deal for young people to get insurance after they got sick. The collectivist plan (this is not a joke) has been to create anger among the populace directed at insurance companies, and to have a single-payer insurance system run by the feds replace the entire system.

If the new Administration does not eliminate the “Guaranteed Issue” mandate, rates will spike even higher. Politicians may try to dull the blow by creating a “high risk” pool into which the most expensive clients can be dumped, but that will be funded by surcharges on the insurance companies (those costs will, in large part, be passed on to consumers) and through tax-deficit spending.

Unless completely revoked, the ACA legacy will be long and poisonous. It was constructed by people who clearly either do not understand economics, or loathe freedom, or both. Until the people writing policy recognize the unconstitutionality of the mandates or realize the mandates are disastrous, the system will continue to implode.

Evidently, Mr. Obama did not mention that in his last session of puffy, self-congratulation.