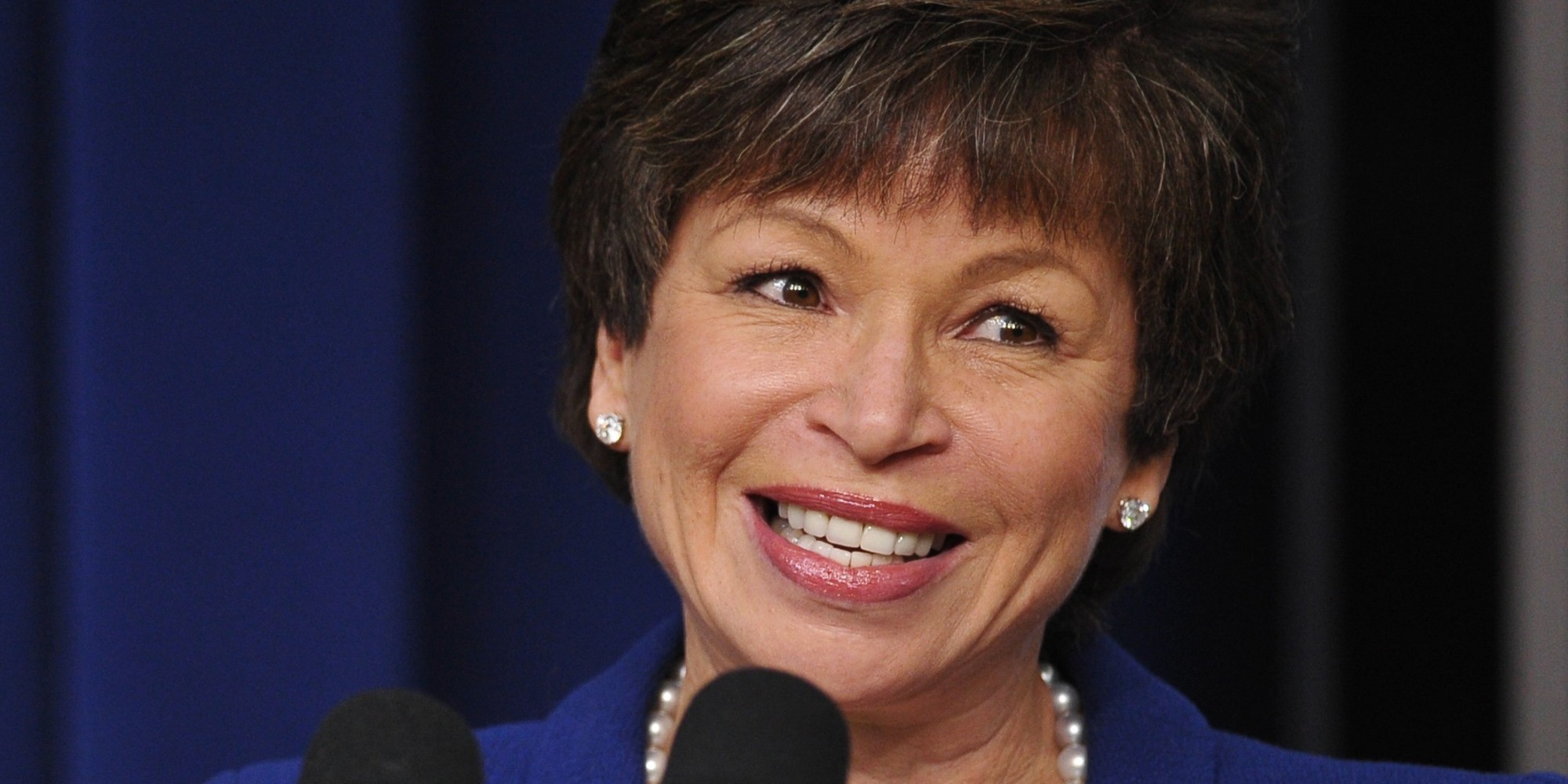 Repeating allegations he made on Fox and Friends earlier this week (video below), Ed Klein has written in the New York Post that sources tell him President Obama's closest adviser Valerie Jarrett was the behind the leaks of Hillary Clinton’s use of a private e-mail address during her time as secretary of state. According to Klein's contacts, the email leak is part of a Jarrett-led Obama effort to deny Hillary the Democratic nomination for president.

And, there may be more scandals coming, according to Klein:

[A]t Jarrett’s behest, the State Department was ordered to launch a series of investigations into Hillary’s conduct at Foggy Bottom, including the use of her expense account, the disbursement of funds, her contact with foreign leaders and her possible collusion with the Clinton Foundation.

Six separate probes into Hillary’s performance have been ­going on at the State Department. I’m told that the e-mail scandal was timed to come out just as Hillary was on the verge of formally announcing that she was running for president — and that there’s more to come.

Apparently, the latest round of political infighting was instigated by the 2014 mid-term elections. Klein's sources say Valerie Jarrett felt that it was the Clintons behind the multitude of Democratic Party candidates keeping the President at arms length during their campaigns. Jarrett felt that attitude was behind the party's awful showing, and that it was created by the Clintons to wrest the party leadership from the hands of the Obamas.

According to sources, Jarrett, with the Obamas' blessing, is now using her power to break the kneecaps of Hillary's presidential ambitions.

After the Democrats took a shellacking in the midterms, the White House scheduled a meeting with Hillary Clinton. When she showed up in the Oval Office, she was greeted by three people — the president, Jarrett and Michelle Obama.

With his wife and Jarrett looking on, Obama made it clear that he intended to stay neutral in the presidential primary process — a clear signal that he wouldn’t mind if someone challenged Hillary for the nomination.

“Obama and Valerie Jarrett will go to any lengths to prevent Hillary from becoming president,” a source close to the White House told me. “They believe that Hillary, like her husband, is left of center, not a true-blue liberal.”

Many conservatives might disagree with that claim. According to Klein, Jarrett and the Obamas are encouraging more liberal candidates to enter the 2016 Democratic Party race.

“With Obama’s approval,” this source continued, “Valerie has been holding secret meetings with Martin O’Malley [the former Democratic governor of Maryland] and [Massachusetts Sen.] Elizabeth Warren. She’s promised O’Malley and Warren the full support of the White House if they will challenge Hillary for the presidential nomination.”

The sources for Klein's story say Bill Clinton is "furious" about the leak:

My contacts and friends in newspapers and TV tell me that they’ve been contacted by the White House and offered all kinds of negative stories about us,” one of Bill’s friends quotes him as saying. “The Obamas are behind the e-mail story, and they’re spreading rumors that I’ve been with women, that Hillary promoted people at the State Department who’d done favors for our foundation, that John Kerry had to clean up diplomatic messes Hillary left behind.

Then, according to this source, Bill added: “The Obamas are out to get us any way they can.”

Battles between the Obama and Clinton camps are a favorite topic of the NY Post reporter whose  2014 tome, “Blood Feud: The Clintons vs. the Obamas,” was based on the premise the two political camps have been battling ever since the contentious 2008 primary race.

In that same book, Klein described Jarrett as being so close to the Obamas that she reportedly moved permanently into a room in the family’s private quarters, referred to by the White House staff as “the Residence.”

Jarrett's power in the White House has been corroborated by other media sources. After the recent mid-terms, the  NY Times said she was:

"a driving force in some of the most significant domestic policy decisions of the president’s first term, her persuasive power only amplified by Mr. Obama’s insular management style."