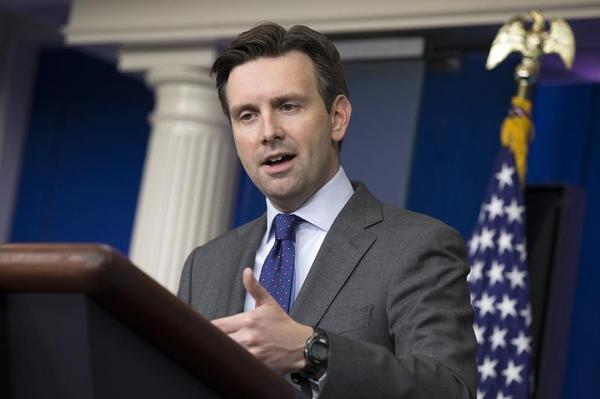 Remember "Pajama Boy?" Well, the Obama Administration has come up with yet another suggestion as to how American families can make the holiday season even more awkward.

Rather than discuss the renewed threat of Islamic terrorism or the thousands of Syrian refugees that will soon be streaming into the country, President Obama wants families to focus their conversations on gun control while they are enjoying their turkey dinner this Thanksgiving.

In a press briefing on Monday, White House Press Secretary Josh Earnest continued to push the president's gun control agenda. The White House is now focusing on an effort by Democrats to ban Americans who are on the "no-fly" list from purchasing a firearm.

“As people sitting around the Thanksgiving table talking about these issues, as they should, and I’m sure they will all across the country, I hope that’s a question that will be raised and asked by members around the table,” Earnest said, referring to the bill sponsored by congressional Democrats.

As usual, Earnest took the opportunity to lash out at Republican opposition to the bill, attributing it to "fear" of reprisal from the National Rifle Association.

The bill's critics have argued that the no-fly list is imprecise and that the law could deny law abiding citizens their Second Amendment rights.

This concern is not unfounded. There are currently over 1 million names on the Department of Homeland Security's Terror Watchlist. In 2014, Weekly Standard writer and Fox News contributor Stephen Hayes was informed that someone had put his name on the watchlist.

"When I went online to check in with Southwest, they wouldn't let me. I figured it was some glitch," he explained in an interview with Politico. "Then I got to the airport and went to check in. The woman had a concerned look on her face. She brought over her supervisor and a few other people. Then they shut down the lane I was in, took me to the side, told me I was a selectee and scrawled [something] on my ticket."

Sorry Stephen. No guns for you.

“The NRA’s only objective is to ensure that Americans who are wrongly on the list are afforded their constitutional right to due process,”  said NRA Director of Public Affairs Jennifer Baker in an interview with TheBlaze. “It is appalling that anti-gun politicians are exploiting the Paris terrorist attacks to push their gun-control agenda and distract from President Obama’s failed foreign policy.”