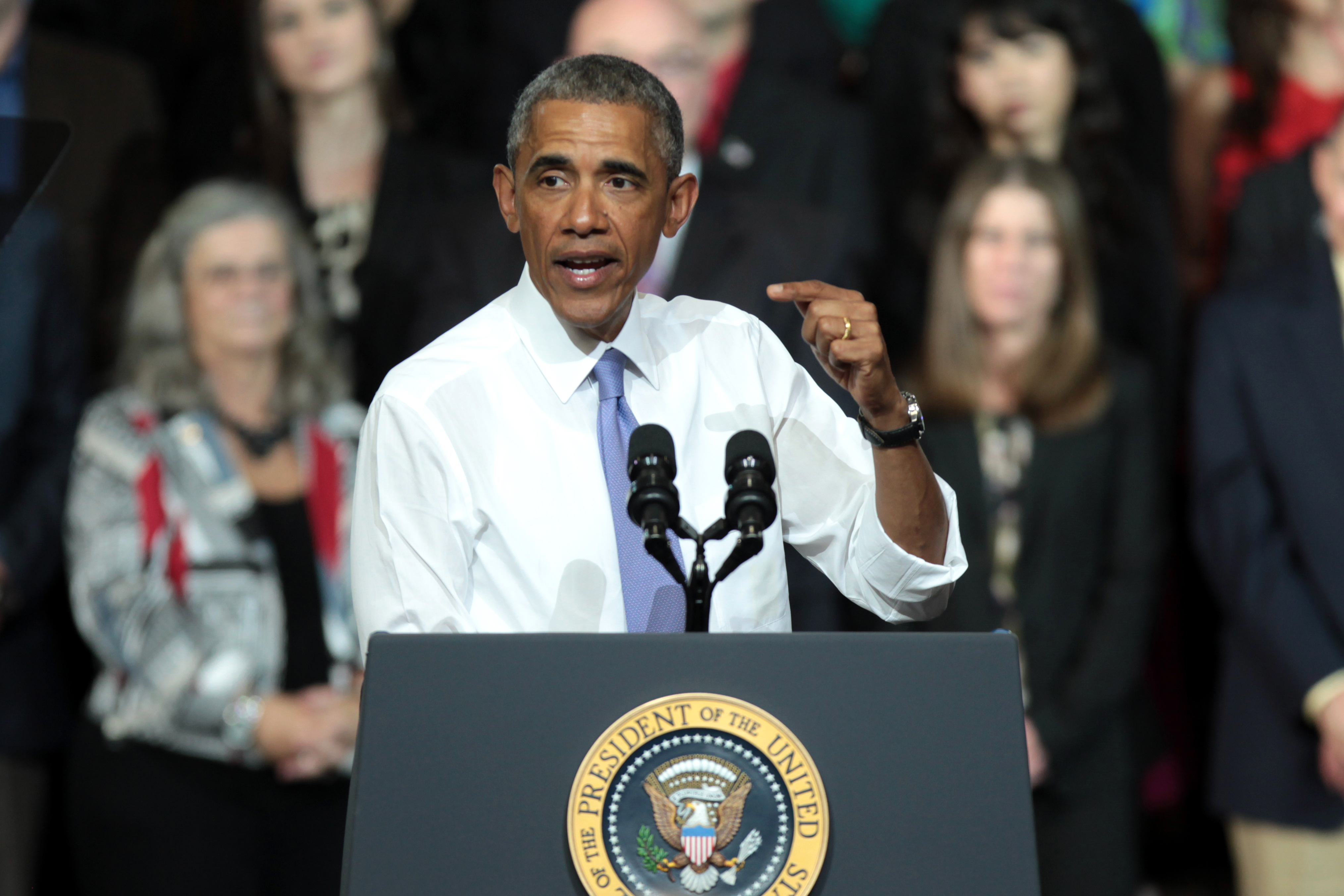 President Obama painted a dire picture of the coming climate apocalypse while speaking in Hawaii yesterday at the annual World Conservation Congress, proving once again that hypothetical disasters and the current plight of the puffer fish are far more important than the human toll his hardline environmental regulations have already taken.

In his speech to world leaders, Obama pointed to a slew of “climate”-related disasters, touting “rising sea temperatures and sea levels” that “pose an existential threat to your countries.”

“While some members of the U.S. Congress still seem to be debating whether climate change is real or not, many of you are already planning for new places for your people to live,” Obama pandered. “Crops are withering in the Marshall Islands. Kiribati bought land in another country because theirs may someday be submerged. High seas forced villagers from their homes in Fiji.”

The president explained that “the sea is already swallowing villages and eating away at shorelines” in Alaska, where “the permafrost thaws and the tundra is burning” as glaciers are just melting away into nothing.

(We’ll just conveniently ignore the fact that cities and villages have been overtaken by the ocean for thousands of years before man started digging up coal, and that the Antarctic is actually growing ice faster than it's losing it.)

But the answer to all of our alleged global warming problems lies our the benevolent government, Obama promises.

“Over the past seven and a half years, America has worked to generate more clean energy, use less dirty energy, and waste less energy overall. And it’s made a difference,” Obama said, adding, “Our investments have tripled wind power, multiplied solar power thirtyfold.”

That push for green energy has also made a difference to the thousands of people living in coal country, where unemployment rates in some communities have tripled or even quadrupled in the past seven years thanks to the loss of coal mining jobs. While the government plants more unsightly windmills to knock bald eagles out of the sky, coal towns struggle under a failing economy, increasing poverty rates and no escape plan – though you won't find any of that in Obama's speech.

In fact, the president brazenly claimed yesterday that “There’s no conflict between a healthy economy and a healthy planet,” ignoring rising electricity prices in favor of Hawaii’s aquatic life.

The president also touted his large-scale executive land grab as a testament to his climate wisdom, boasting that he’s “protected more than 548 million acres of our lands and waters for our children and our grandchildren.”

“I created the world’s largest marine preserve, quadrupling the size of our monument at Papahanaumokuakea,” he bragged, adding, “We’ve designated national monuments from Maine to Ohio to California."

Of course, what the president conveniently left out of his speech was that these millions of acres of land were “preserved” thanks to an executive action enabling the federal government to simply seize land from states despite citizen protests over cattle grazing rights and property ownership. As well, absent from Obama’s speech was the fact that his unilateral expansion of the marine preserve in Hawaii took a $10 million chunk out of the local fishing industry.

But regardless of this impact on his own people, Obama pledged another $30 million to Pacific island nations to deal with the impact of climate change, while promising to push more clean energy programs in the United States.