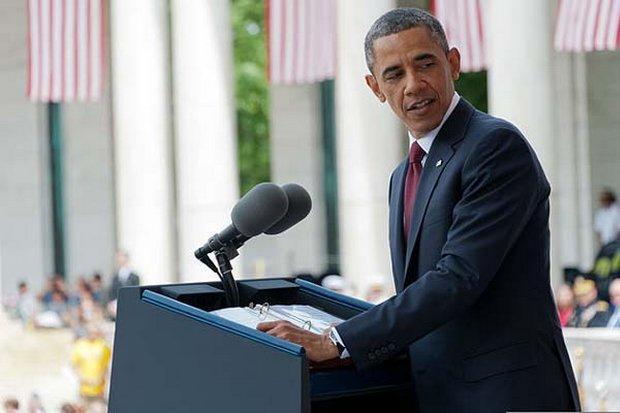 Asian journalists were unable to get a straight answer on the administration’s opposition to the Asian Infrastructure Investment Bank (AIIB) from either the State Department or the White House this week -- at one point accusing the Obama administration of saying one thing publicly and another behind closed doors.

What is the AIIB?

The Asian Infrastructure Investment Bank (AIIB) was created to do exactly that: invest in Asian infrastructure. The need for investment has been growing at an exponential rate thanks to China’s emerging global economy.

Unlike the American dominated World Bank or International Monetary Fund, the AIIB is led by China. With $50 billion in investment funding, it also has the investment of 31 other countries in the region and western countries like Germany, France, Italy and the U.K. who’ve all climbed onboard.

The AIIB wants U.S. involvement, but the Obama administration has stonewalled.

Why is the AIIB needed?

China is in dire need of infrastructure.

According to the Economist:

"Nobody questions Asia’s almost inexhaustible appetite for investment in infrastructure. An oft-cited study by the ADB in 2009 put a number on it: $8 trillion between 2010 and 2020, of which 68% would be for new capacity. As for how it is spent, 51% would be for electricity, 29% for roads and 13% for telecommunications. Among this are many projects that China sees as in its own national interest, and certainly those of its contractors: high-speed railways linking Yunnan province to South-East Asia; ports in Indonesia, Pakistan and Sri Lanka (see article); a new Silk Road across Central Asia to Europe."

While traditionally the World Bank and the International Monetary Fund (IMF) would have supplied the funds for the expansion, funding for the IMF is currently stalled in Congress.

Why is the U.S. Opposed to the AIIB?

Technically, White House and State Department officials say the U.S. has not “lobbied against” it, but merely maintained that it must abide by international standards of transparency, creditworthiness, anti-corruption norms, and provide safeguards for social and environmental protection.

Barack Obama said explicitly in his State of the Union address that China was attempting to “write the rules for the world’s fastest-growing region,” The Economist points out, indicating that he might be uncomfortable with a Chinese solution to its funding problem. “We should write those rules,” he said.

And reports indicate the Obama administration tried to convince other countries to not fund the AIIB, and that influence worked at first with several close Asian allies.

Is this just another in a string of U.S. State Department bumbles?

The administration’s opposition to the AIIB certainly isn’t increasing our stature in the region.

“The U.S. is acting like a disgraced ambassador from a tin-pot dictatorship in demanding perquisites out of all proportion to its role. The whole world is paying the price, but America will be the biggest loser in terms of influence when other countries simply bypass it and the institutions it did so much to build in the first place.”

“Washington can hardly complain about its sideline status…. President Obama is passing up an opportunity for the United States to take part in a legacy-making Marshall Plan for the 21st Century. On top of that, he is alienating Asians, Western allies and his own party. The US government should be embracing the AIIB and abandoning the TPP, not the other way around (abandoning the AIIB and ramming through the TPP).”

Is the Obama administration being hypocritical?

The White House has heavily criticized the Republicans in Congress for sending a letter to Iran in advance of knowing the details of a nuclear deal that hasn't been finalized. Yet, Washington’s stance on the AIIB is exactly the same thing: a negative position before any details have been worked out.

The same point was made by Robert Zoellick, former president of the World Bank, who “faulted the Obama administration for taking an unfavorable position on the AIIB in advance of knowing the details of its governance.”

“Strangely, this relatively uncontroversial institution has become a point of contention between the U.S. and Europe, even before the rules of the organization have been established,” points out The Diplomat.

“The United States has long demanded that other major countries share in the burden of global initiatives and institution-building,” notes out the Bangkok Post. “Now that the Chinese government has stepped up to the plate, President Obama is passing up an opportunity for the United States to take part in a legacy-making Marshall Plan for the 21st Century.”

Indeed, Obama’s foreign policy has constantly and unequivocally demanded regional solutions, especially in conflicts in the Middle East, but now it is hypocritically blocking a regional solution that seeks funding for regional infrastructure.