Obama on New Gun Control Measures: ‘I Taught Constitutional Law – I Know a Little Bit About This’ 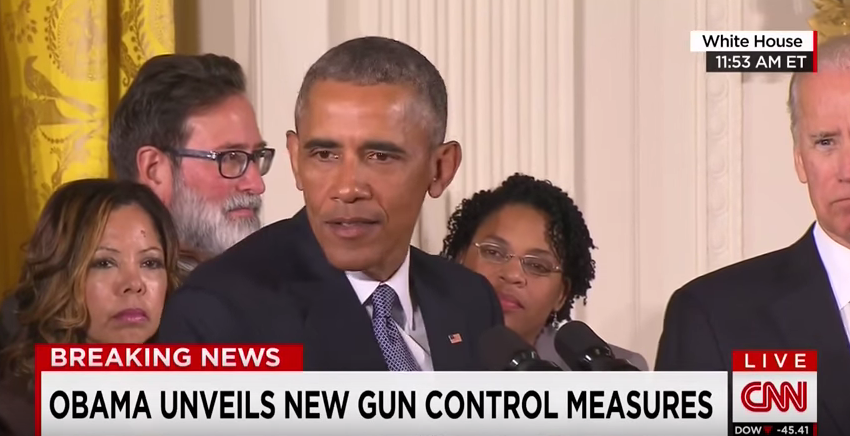 His executive order mandates that individuals in the business of selling firearms register as licensed gun dealers.

During his remarks, Obama argued that his executive action will not infringe on Americans’ right to bear arms.

“I believe in the Second Amendment,” said Obama. “It’s there, written on the paper. It guarantees a right to bear arms.”

“No matter how many times people try to twist my words around, I taught constitutional law,” he said. “I know a little bit about this.”

"We understand there are some restraints on our freedom in order to protect innocent people," said the President. "We understand that's part of the price of living in a civilized society."

Listen to a brief clip of his announcement below.