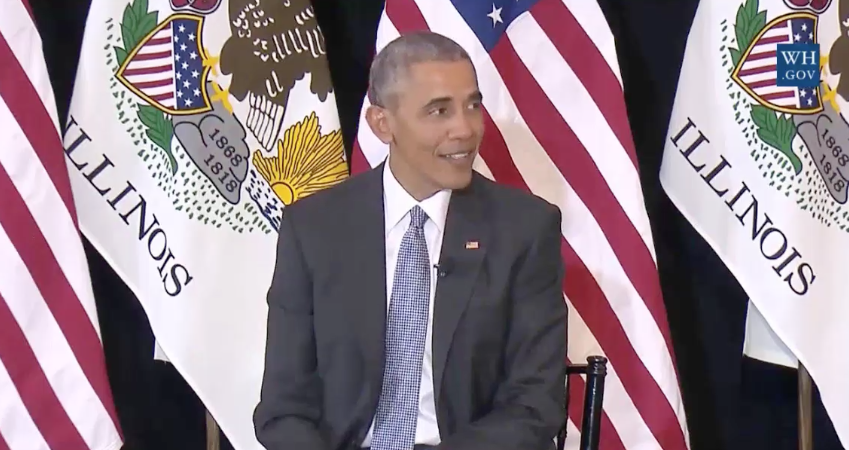 During a question and answer session at University of Chicago Law School, President Obama joked he is “sorry” his U.S. Supreme Court nominee, Merrick Garland, is white.

After talking about the changes he has made to “transform” the federal court system from a “diversity standpoint,” Obama said, “And so, when I look at Merrick Garland, that was the person that… you know, the difference between the Supreme Court is that it’s just a handful of seats come up at any given time. Now, I appointed a Latino woman, and another woman right before that, so…”

“You know, he is. I think that’s important,” he added.