Iran To Get $30-50 Billion Just For Signing Nuke Deal? 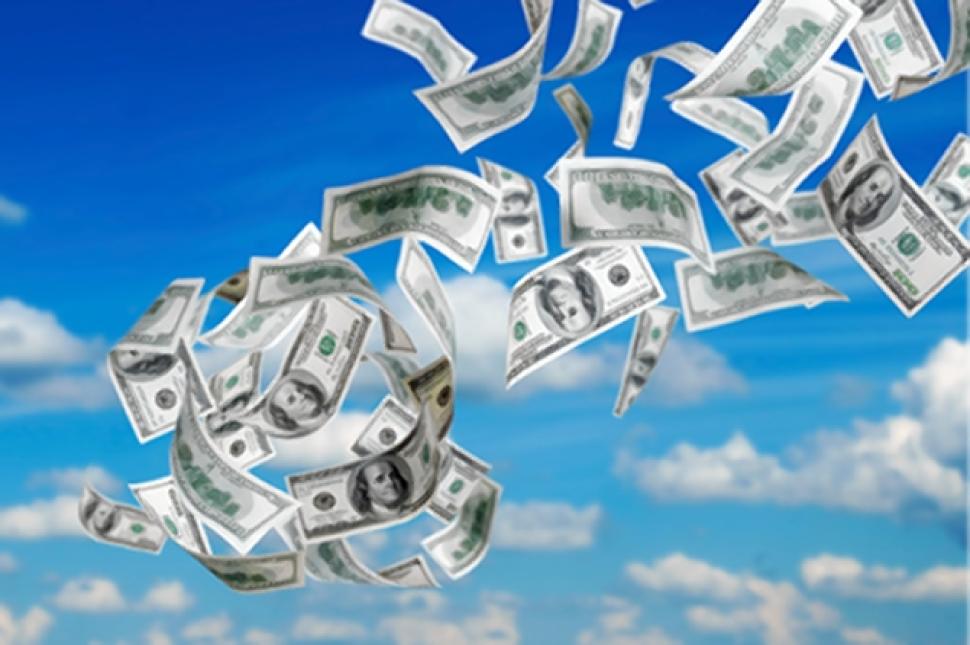 Just a week ago, Iran's Supreme Leader, the despotic Ayatollah Khamenei, announced there would be no way he would allow nuclear inspections on military sites, that there would be no surprise inspections of nuclear facilities and the day Iran agrees to the final deal all the sanctions must get lifted or there is no deal.  Ever since the Iranian leader revealed his opposition to the President's interpretation of the framework deal the Obama administration has indicated they may be ready to fold to the Iranian demands.

Perhaps, the most significant of which is the report that Iran will get $30-$50 Billion just for signing the final nuke deal.

The most revealing (and least reported) of the administration's capitulations comes from the Wall Street Journal:

The Obama administration estimates Iran has between $100 billion and $140 billion of its oil revenue frozen in offshore accounts as a result of sanctions. U.S. officials said they expect Tehran to gain access to these funds in phases as part of a final deal. Iran could receive somewhere between $30 billion and $50 billion upon signing the agreement, said congressional officials briefed by the administration.

Providing those funds will weaken the P5+1 position. The money would be a shot in the arm for the Iranian economy and, even if the sanctions are not lifted immediately, the funds will give the rogue regime the strength to resist compliance, as they would lessen the pain of the already imposed penalty.

On Friday, during a joint press conference with Prime Minister Renzi of Italy, Obama was asked point blank whether he would rule out lifting Iran sanctions at time of nuclear deal. The President pointedly refused, instead talking about "creative negotiations," which is another way of saying the terms will be written so imprecise and vague that Iran would be able to interpret the deal as saying whatever it wishes.

Note: the quote below was transcribed from the video at the end of this post:

With respect to the issue of sanctions coming down - I don't want to get out ahead of John Kerry and my negotiators in terms how to craft this. I would just make a general observation and that is that how sanctions are lessened, how we snap back sanctions if there's a violation - there are a lot of different mechanisms and ways to do that. Part of John's job and part of the Iranian negotiators' job and part of the P5+1's job is to sometimes find formulas that get to our main concerns while allowing the other side to make a presentation to their body politic that is more acceptable. Our main concern here is making sure that if Iran doesn't abide by its agreement that we don't have to jump through a whole bunch of hoops in order to reinstate sanctions. That's our main concern. And I think that goal, of having, in reserve, the possibility of putting back and applying forceful sanctions, in the event of a violation, that goal can be met. And it will require some creative negotiations by John Kerry and others, and I’m confident that we’ll be successful.

With regards to the inspection on military bases, Ben Rhodes the Deputy National Security Adviser For Strategic Communication started floating language last week indicating a U.S. fold on the verification issue was imminent.

The administration's traditional language has been "we will do whatever the IAEA requires for verification". According to IAEA experts that means anytime, anywhere" they can inspect suspicious sites, including military sites. The reason for their policy is it's useless to have a system where the IAEA asks for permission. Because that will be followed by an Iranian response of  "prove to us you actually need access," then after few weeks go by maybe inspectors get to go in or maybe they don't. But, during that time the Iranians could simply move or destroy the evidence.

On the military sites, similarly, clearly there will have to be the ability for the IAEA to conduct inspections that are consistent with what’s in the framework, which includes resolving past issues of concern with the IAEA related to possible military dimensions of Iran’s program, as well as Iran joining the additional protocol and having the ability of the IAEA to inspect suspicious sites, no matter where they are, if the United States and other countries, again, present information and seek access through the IAEA to those sites.

In other words, in order to inspect the nuclear facilities on military bases, the U.S. has to ask the IAEA, who will ask Iran, who will hide everything before anybody is allowed to inspect.