Obama: 'I'm Being Forced Out, I Didn't Quit' 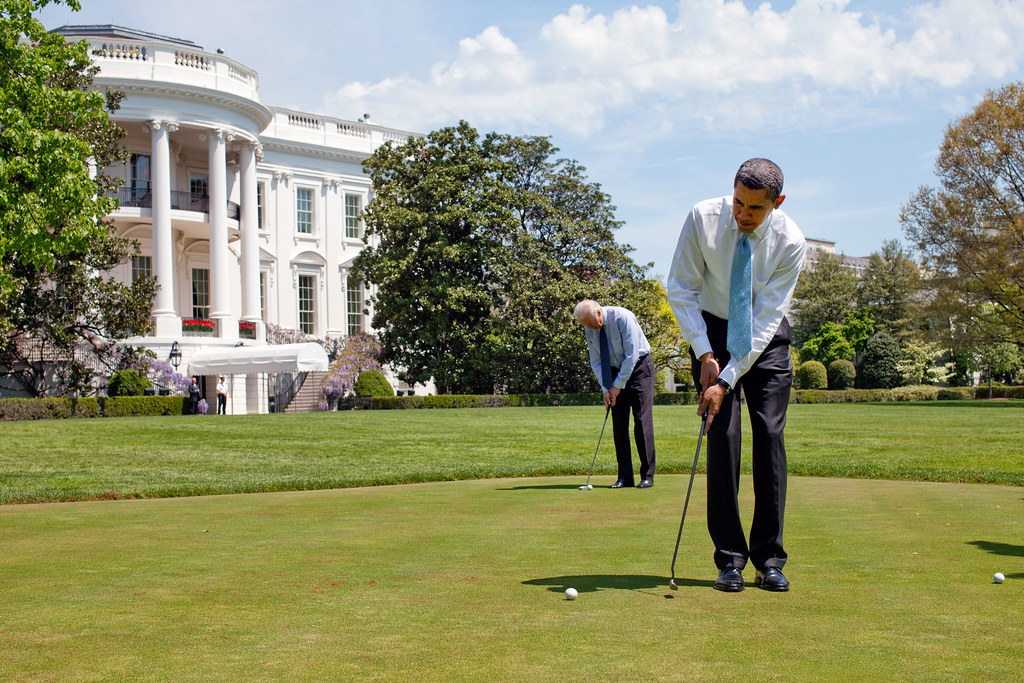 Despite the majority of Democrats who would enjoy a third term for President Obama, his time in office is coming to an end.

But the way Obama sees it, he is not leaving by choice. If the “Divider-In-Chief” had his way, he wouldn’t be calling a moving company for at least another four years.

Ironically, and almost laughably, Obama was interviewed by David Feherty on NBC’s Golf Channel, just before the president ventured out to the golf course to play his 300th round since he was sworn into office.

“I’m being forced out,” said Obama of the presidency during the interview. “I didn’t quit.”

Don’t worry, Mr. Obama. Not all is bad. You did successfully double the national debt, presided in office while our country’s credit rating was downgraded for the first time ever, socialized health care, released more federal inmates than the last nine presidents combined, made a deal with and gave ransom money to terrorism-sponsoring Iran and returned terrorists and terrorist sympathizers to terrorist nations -- among other things.

You accomplished so much in your eight years of fundamentally transforming the United States of America.

He also racked up quite a few rounds of golf while meeting all these progressive goals. But as golfchannel.com reported, President Obama is still about 500 rounds of golf shy of President Dwight D. Eisenhower, and about 700 rounds shy of everyone’s favorite founding father of progressive presidencies, Woodrow Wilson.

And apparently, the president is not fond of term limits. Maybe he should run for Senate again?

For the clip from the interview, watch below: