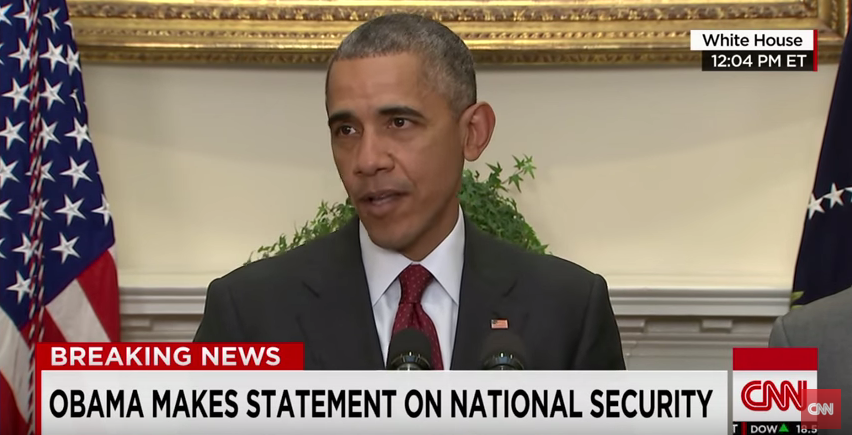 President Obama delivered a statement from the White House on Wednesday regarding national security concerns this holiday season.

The President announced that there is currently “no specific, credible threat” against the U.S. from ISIS.

“Right now, we know of no specific and credible intelligence indicating a plot on the homeland,” said Obama, “and that is based on the latest information I just received in the situation room.”

“I want the American people to know, entering the holidays, that the combined resources of our military, our intelligence, and our homeland security agencies are on the case. They’re vigilant, relentless, and effective.”

“In the event of a specific, credible threat,” he continued, “the public will be informed. [But] we do think it’s useful for people as they’re going about their business to be vigilant.”

Listen to President Obama's remarks in the short video clip below.