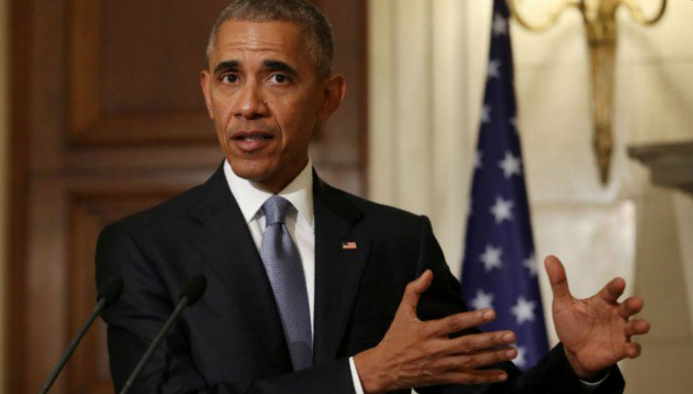 President Obama held a press conference during an international summit in Lima, Peru over the weekend.

Addressing the topic of Donald Trump and concerns over whether the president-elect will govern in a manner that reflects the rhetoric of his campaign, Obama said that people will have to "wait and see" what policies he proposes once he's sworn in.

He said that Americans cannot assume the "language" a candidate uses during a campaign will match up with the policies he or she enacts while in office.

Does this also mean that Americans can't expect candidates to fulfill the promises they make on the campaign trail?

“You can't assume that the language of campaigning matches up with the specifics of governing, legislation, regulations, and foreign policy,” said Obama.

“I can't be sure of anything,” he continued. “I think, like everyone else, we'll have to wait and see. But as I've said before, once you're in the Oval Office, once you begin interacting with world leaders, once you see the complexities of the issues, that has a way of shaping your thinking and, in some cases, modifying your thinking, because you recognize this solemn responsibility not only to the American people but the solemn responsibility that America has as the largest, most powerful country in the world.”

The president added that while he cannot guarantee Trump “won’t pursue some of the positions that he’s taken,” such as the ban on Muslims and a mass deportation of illegal immigrants, “reality will force him to adjust how he approaches many of these issues.”

“That's just the way this office works,” he said.

The president was later asked whether he would refrain from criticizing Trump publicly if the president-elect succeeds in dismantling major parts of his legacy such as Obamacare.

“As an American citizen who cares deeply about our country, if there are issues that have less to do with the specifics of some legislative proposal or battle, but go to core questions about our values and our ideals, and if I think that it's necessary or helpful for me to defend those ideals, then I'll examine it when it comes,” he said.