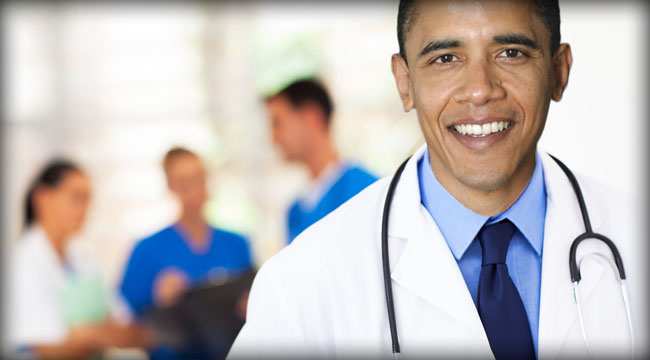 Advanced Bioscience Resources (ABR) is identified as an aborted fetal tissue supplier in the third Center For Medical Progress sting video (they purchased the baby parts from Planned Parenthood and sold them to research firms). Now, it seems that one of the places they sell the fetal tissue to is the Obama Administration.

As reported by Politico, ABR:

... counts two federal health agencies among its customers, earning at least $300,000 for material used in research of treatments for HIV and eye disease, officials confirmed to POLITICO.

It’s unknown whether the nonprofit, Advanced Bioscience Resources, got any of that fetal tissue from abortions performed at Planned Parenthood clinics.

But the firm’s relationship with the women’s health organization, and its contracts since 2009 with the National Institutes of Health and the Food and Drug Administration, have shed light on the government’s involvement in the little-known world of fetal tissue procurement. Those practices have come under scrutiny since the release of undercover videos accusing Planned Parenthood of profiting from fetal tissue sales.

According to ABR's own sale materials they pay a nominal fee for aborted baby parts which is above and beyond the cost of shipping and handling:

Doesn't that mean they're breaking the federal law that bans the sale of fetal baby parts?

Some of that tissue came from fetuses that were 17 weeks to 22 weeks gestation. Many recent anti-abortion efforts are focused on prohibiting most abortions after 20 weeks.

The Food and Drug Administration (FDA) has paid about $73,000 to the company since 2009, "mostly for liver and thymus tissue that are used largely to develop a human-like immune system in mice that can be used to test new drug therapies without endangering people." Apparently, the FDA doesn't believe babies are people because the process certainly endangers babies in the womb.

While it is not know whether ABR gets its fetal tissue from Planned Parenthood, in the third video mentioned above, they are identified by Planned Parenthood as a company they've used for a long time and works with the federal government:

Katharine Sheehan, identified in the film as former medical director of Planned Parenthood Pacific Southwest, mentions the company in passing.

“We have already a relationship with ABR,” she says to someone posing as a competitor to the company. “We’ve been using them for over 10 years — a really long time. … They’re doing the big collection for government-level collections.”

The Senate is already investigating ABR, as well as two of the other companies mentioned in the videos. On July 16, Senator Chuck Grassley (R-IA), chairman of the Senate Judiciary Committee made “inquiries to the three companies noted in the videos as acquiring fetal tissue from Planned Parenthood. StemExpress, Advanced Bioscience Resources, and Novogenix were asked to provide the committee with information about items such as communications, contracts, revenue and costs associated with their involvement with Planned Parenthood and its affiliates.”