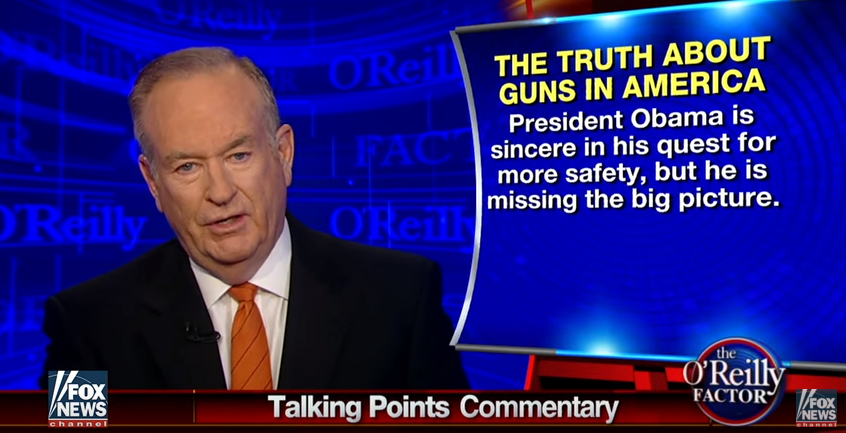 Tuesday night on “The O’Reilly Factor,” Fox News host Bill O’Reilly said that while the President is “obviously sincere" in his quest to protect the American people from gun violence, "he is missing the bigger picture.”

“Mr. Obama is obviously sincere in his quest for more public safety,” he said, “but he is missing the big picture.”

“According to latest FBI stats, slightly more than 8,000 people were victims of firearm murders in 2014. There were 118,000 robberies involving a firearm, and almost 150,000 aggravated assaults involving guns. The population of the USA is approaching 330 million. So you can see, there is not a gun crime epidemic -- and the majority of these crimes are committed by hardcore criminals, not civilian shooters.” 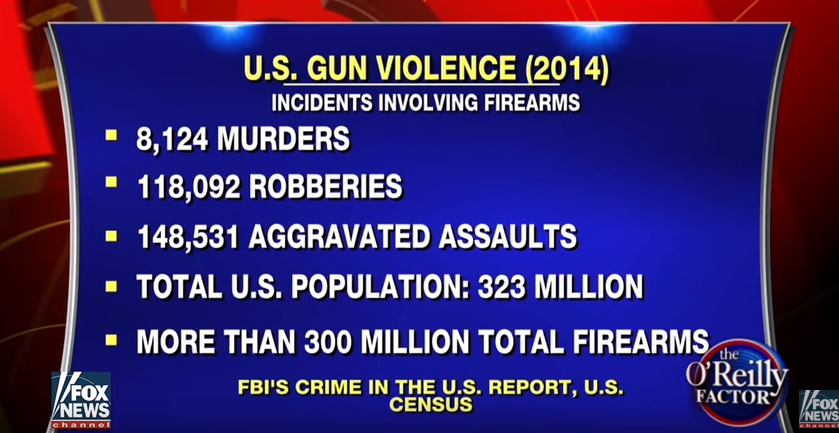 “There are more than 300 million firearms in America and they’re currently all over the place,” he continued, “so there will be a thriving black market for guns, no matter what kind of registration laws are passed.”

Listen to the rest of Bill O'Reilly's remarks in the brief video clip below.