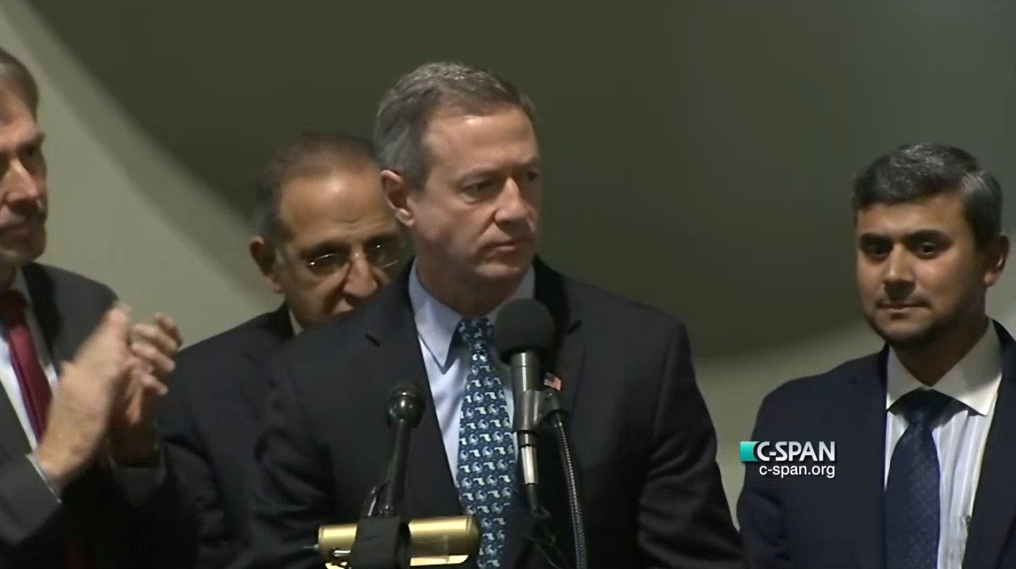 Democratic presidential candidate Martin O’Malley spoke at a mosque in Sterling, Va. on Friday to express his solidarity with the Muslim community and to condemn Republican presidential front-runner Donald Trump for his call to ban all Muslims from entering the United States.

“It is easy for unscrupulous politicians or hate preachers… to turn us upon ourselves,” said O’Malley. “But that sort of language that you hear from Donald Trump is not the language of America’s future.”

He argued that attacks carried out by Islamic extremists do not represent Islam any more than the church shooting by a white Christian in Charleston, N.C. represents Christianity.

“I know, and I know that our young people understand, that the tragic murders that took place in San Bernardino does not define Islam any more than that horrible murder that took place in Charleston defines Christianity,” O’Malley said.

Listen to his remarks here.