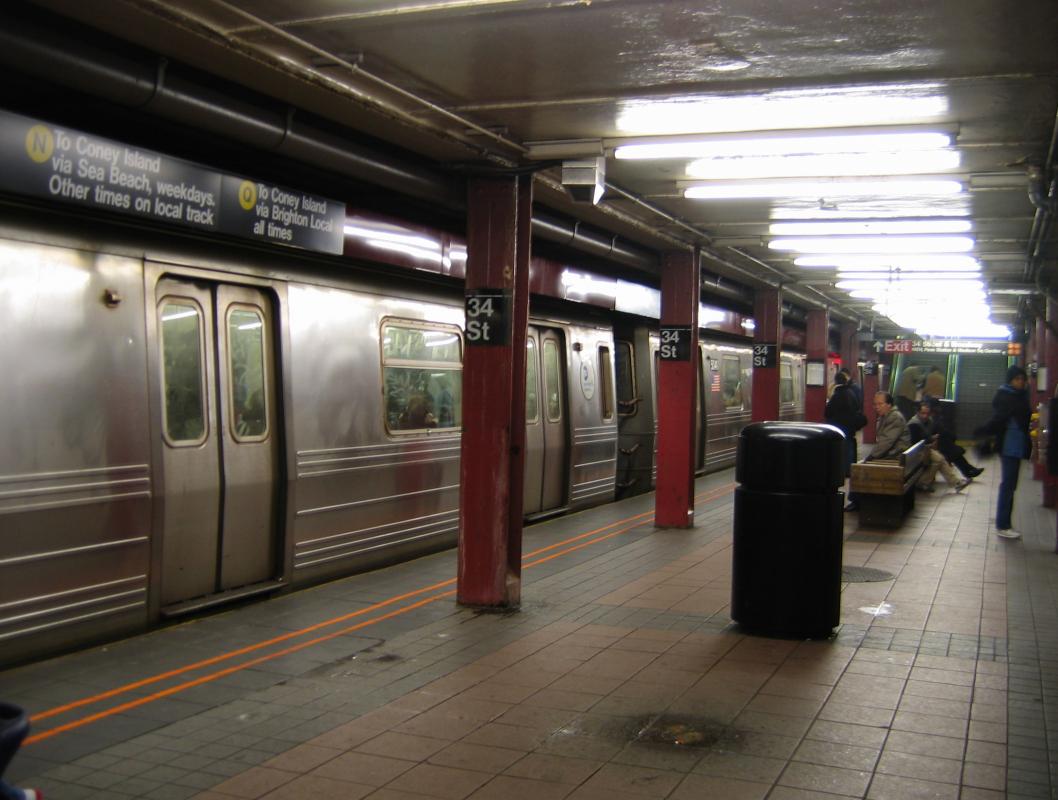 Among the many axioms in political-economics, two stand out.

The first is that government penalties against voluntary business will inspire those who engage in that business to either flee, or go into the black market. The second is that anything politicians claim “the people want” can and should be left to “the people” to support, by employing their own money and personal resources on it; this is the only way anything can be said to have any value.

So there are a few lessons to be learned from the news that New York City Mayor Billy “The Kid” de Blasio is proposing a “millionaire tax” to pay for the refurbishment of the beautiful, delightfully safe NYC subway system. The proposal comes despite the fact that New York state itself has authority over the transit funding, and the proposal would have to pass the state legislature.

In a New York Times piece, the first 21 paragraphs of which are essentially excuses and rationales as to why the tax is somehow “necessary” to fix the rotting NYC subway system, Emma G. Fitzsimmons writes that the tax would:

…increase the city’s highest income tax rate by about half a percentage point, to 4.4 percent from about 3.9 percent, for married couples with incomes above $1 million and individuals who make more than $500,000.

So it’s not really a “millionaire tax” at all. It’s a $500,000-and-up tax. But this is the New York Times, so one shouldn’t expect them to question collectivist phrasing when it promotes the growth of the avaricious state.

Likewise, the tax doesn’t just go to “support the refurbishment” of the underground wonderland in NYC. It will also be used to subsidize rides for “the poor” in the form of half-priced Metro cards for those whom the government says can get them.

“Rather than sending the bill to working families and subway and bus riders already feeling the pressure of rising fares and bad service, we are asking the wealthiest in our city to chip in a little extra to help move our transit system into the 21st century.”

So, rather than send the bill to people who are actually using the system, he wants to make others pay, just because they've earned more money.

Of course, the mayor never mentioned that the entire subway system is already a subsidized system, as are all public transit systems in the planet. That’s why they’re “public” -- because the riders who pay for fares don’t pay the full cost. People who don’t ride already bear a portion of the cost in taxes.

Which brings up another corollary to the axioms mentioned at the opening of this piece: No government rail system in the history of man has ever run in the black – ever. And this makes sense. If the people who ride the subway system value it, then fares could be set appropriately, in a real market, for it to operate on that income stream.

By subsidizing the system, politicians are tacitly admitting that it does not offer enough value to the users to inspire them to pay the full cost. This, in turn, is blithely excused by appeals to class envy and class coddling, as politicians like de Blasio try to offer “the poor” trinkets like Metro cards to curry their favor.

It’s typical behavior that's about as appealing as the stench in the subways.

But the “millionaire tax” idea is not unique to New York. In fact, one might be shocked to learn that the bastion of conservatism in Massachusetts has seen its gaggle of money-grabbers propose pretty much the same thing. There, a plot to increase by 4 percent the tax on incomes over $1 million recently got the go-ahead to be on the 2018 ballot. And, as one might expect, promoters of the scheme are using rhetoric laced with the poison of class envy to push it.

"This fair share amendment is asking those with the highest income among us to pay a bit more, to pay their fair share."

Isn’t it nice to see how others will define for you and your neighbor what your “fair share” is?

Of course, realtors in New Hampshire are looking forward to the passage of the bill. And that brings us to the other axiom mentioned above: people change their behavior to escape political theft and pressure.

In New Hampshire, this has resulted in hundreds of thousands of Massachusetts residents moving to the relatively less onerous “Granite State” since the late 1960s. And a similar phenomenon will occur in New York City. As the government increases taxes on the “wealthy,” the wealthy will flee to places that allow them to keep the fruits of their labor -- and take all their money with them.

This is called “exercising the right to exist.” It is closely associated with small areas of political autonomy, and collectivists despise it. Smothered and oppressed citizens' ability to flee is something many leftist politicians try to eliminate by increasing their geographic sphere of control, and it’s one of the things the Founders understood well when they stressed the concept of federalism.

Sadly, the principles they understood have been buried beneath centuries of political machinations, deeper underground than that crumbling New York City subway system. And you can bet the politicians don’t care to dig them up, so they'll likely start pushing "millionaire taxes" on a national level, for whatever reasons they concoct.

After all, they can't possibly let the productive folks escape.