NYC Councilwoman: Too Many Asians In Housing Projects 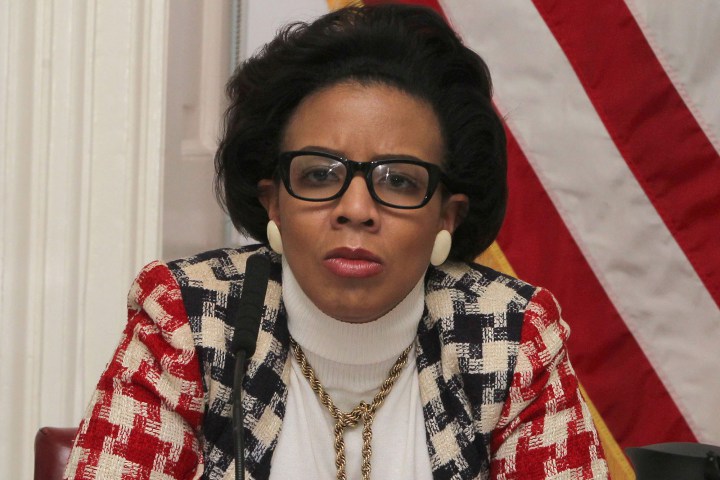 Brooklyn City Councilwoman, Laurie Cumbo has identified a big problem when it comes to public housing in New York City.  Too many damn Asians!

At a recent council hearing on public housing, Cumbo inquired as to why "blocs" of Asians were living in two city housing units.

“How is it that one specific ethnic group has had the opportunity to move into a development in large numbers?” asked Cumbo.

Cumbo later issued an apology for her overt racism but then floated an idea that could be viewed as being even more racially insensitive than her previous statement.

Apparently, Cumbo, who is black, believes that it would be beneficial to put New Yorkers into certain housing blocs based on their race and ethnicity.

“There could be some benefit to housing people by culture . . . I think it needs to be discussed," Cumbo told the New York Post.

The idea brings to mind areas of Europe where multiculturalism has become the norm, particularly among Muslims.

In some European cities such as Paris, racial and ethnic groups have segregated themselves into their own communities.  The impact of this  multiculturalism was recently put under a microscope after the Charlie Hebdo killings.

This is not the first sign of tensions between urban blacks and Asians who live and work in their communities.

In 2012, former Washington D.C. Mayor Marion Barry disparaged the Asian community in a speech celebrating his re-election to the DC city council. In fact, getting rid Asian storefronts was part of his vision for governance in his next term.

“We’ve got to do something about these Asians coming in, opening up businesses, those dirty shops. They ought to go. I’ll just say that right now, you know. But we need African American businesspeople to be able to take their places, too.”