Oh, the days when you could play with your “Red Rider BB Gun” and everyone would just leave you to yourself. But, not so much anymore.

During this Christmas season, officials in the village of Hempstead in Long Island, New York, held a “toy gun exchange” program asking parents to trade in their kids toy guns, because toy guns are “dangerous.”

“Saying no to guns is important, even toy guns,” Hempstead Village Mayor Don Ryan told the children at the event.

The goal is to offer children alternative toys that are much less fun — I mean… “dangerous” — so the kids can be safe while playing and not put themselves in precarious situations.

Sean Acosta with the New York Toy Exchange Program, who's also a former NYPD officer, purchased the toys for the exchange and stated his concern for the children’s safety.

“I want to make sure when you grow up nothing happens to you,” he said.

Lieutenant Derek Warner with the Hempstead Village Police Department mentioned his concern for police officers mistaking toy guns for the real thing, saying, “Toy guns can be a dangerous item to give your children and it’s something that the police have encountered on the street. The situations can be horrifically negative if there’s a mistaken identification of a weapon.”

I get that some toy guns can look “authentic,” but do these toy guns look like they can be mistaken for the real thing? 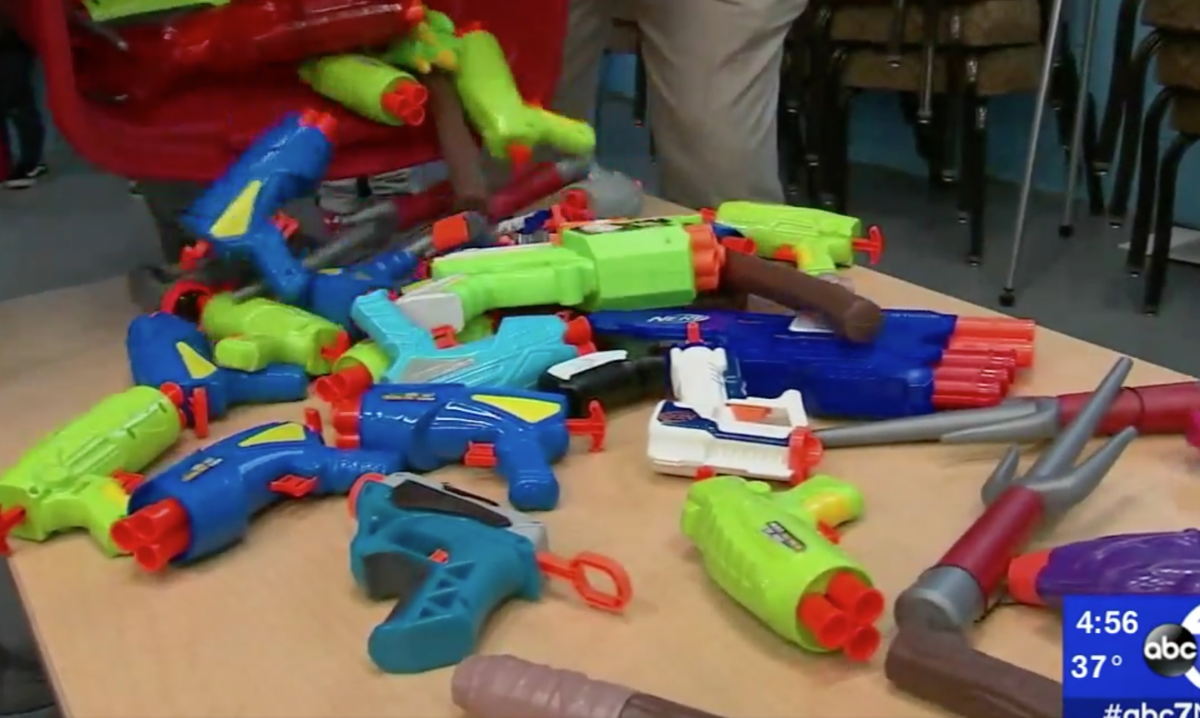 I don’t think so.

When I was a kid, playing with toy guns was just a way to have fun with friends, now it’s looked at as one of the most dangerous things a parent can allow their child to do. What a change time brings.

Take a look at the video from WABC below: