NRA Responds To Trump’s Statement On Gun Bans For Those On No-Fly, Watch Lists 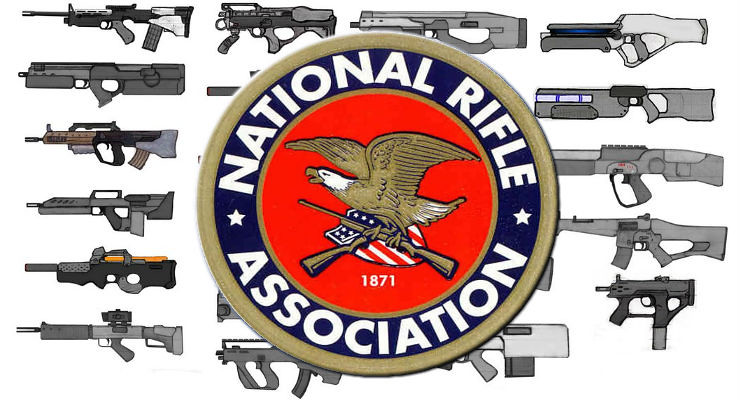 On Wednesday, The National Rifle Association agreed to meet with Donald Trump in order to further discuss how to prevent terrorists from obtaining firearms, following recently comments by the GOP presumptive nominee that persons on terrorist watchlists or are on the no-fly list shouldn't be able to buy guns.

For the most part, the organization believes in not allowing those on the FBI watch list to purchase guns. But for those on the no-fly list, its stance was quite different.

Chris Cox, the head of the NRA’s Institute for Legislative Action told The Washington Free Beacon that, “The NRA’s position on this issue has not changed.

“The NRA believes that terrorists should not be allowed to purchase or possess firearms, period,” he [Chris Cox] continued. “Anyone on a terror watch list who tries to buy a gun should be thoroughly investigated by the FBI and the sale delayed while the investigation is ongoing. If an investigation uncovers evidence of terrorist activity or involvement, the government should be allowed to immediately go to court, block the sale, and arrest the terrorist.”

But considering how easy it is for individuals to wrongfully end up on the no-fly list, the NRA believes that due process protection is necessary for those who should not have been on the list in the first place.

Fox News reported on eight different ways a person can end up on the no-fly list. Some of which really shouldn’t happen in a country that is as developed as the United States, if you ask me. But for others, they are automatic no-brainers.

1. Being suspected of direct terrorist activity

3. Something you said in the past

4. Have a similar name to someone on the no-fly list

5. Not becoming an informant

This isn’t an uncommon position to have. Many gun organizations advocate for this process for Americans on watch lists, including The Second Amendment Foundations founder Alan Gottlieb. He told The Washington Free Beacon that, “There are thousands of people wrongly on the no fly list that would lose their Second Amendment rights.”