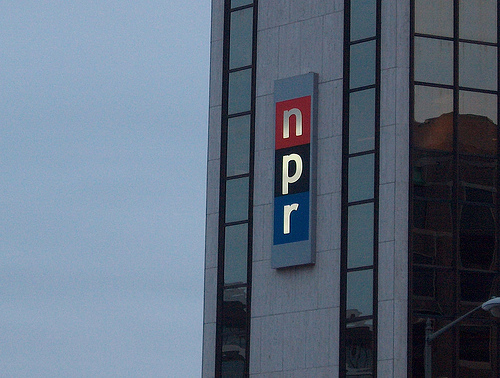 One of the paradoxically tiresome, yet energizing, things about many leftists is their overstated emotionalism about “the tradition of free speech” in the U.S. - running right alongside their rabid attempts to shut down dissent.

College campuses are infamous for students and leftist professors waxing warm and fuzzy about "protest and dissent" against authority – until it’s their preferred authority that is in charge. Often, the mere acts of offering data or filming something are enough of a challenge to their emotional house of cards to get leftists yelling and screaming, or creating “safe zones” where your dangerous reality will not impinge on their political Shangri La.

Now, in the tradition of University of Missouri Communications Professor and former Journalism School Appointee, Melissa Click, who grabbed a reporter’s camera and tried to have him hustled away during a protest, a slew of well-known leftie media websites are shutting down their “Comments” sections.

The latest is National Public Radio (NPR), that paragon of brilliantine voice attenuation and milquetoast jazz clips wedged between childish “reportage” from media parasites on the public dole. On August 17, NPR announced that it would eliminate all “Comments” sections from its official website posts. Of course, the ultra-balanced writers at NPR did not say this was a move to stop dissenting views from appearing right beneath their collectivist posts. They claimed that the engagement by readers was not sizeable enough to merit continuing comments on their posts; they said that NPR and its “reporters” also post on Facebonk and Twittster, and folks can offer feedback there.

But, there is a major, major difference between people commenting on fractured, differentiated social media sites – most of which will be lost in the continuous deluge of links posted on the Facebook or Twitter timelines – and people posting comments beneath the articles themselves. Comments on the actual articles or news reports stay there, and are available any time anyone hits the link to the original piece. As mentioned, comments on a FB thread or in a Twitter exchange are more ephemeral, and will be pushed down, down, down the memory hole.

One cannot help but speculate as to other reasons many of these mainly left-leaning news sites have disabled comments and rebuilt their pages to no longer allow comments. They can’t be doing it because of “space” considerations. After all, if, as NPR claims, not enough people comment on their stories in their original form (to them, thousands is not enough), then surely the comments must not present such a burden for data storage that they need to be cut.

Instead, one is led to look at the behavior of many leftist editors and to reach a different conclusion.

For example, one of the earliest websites to purge comments from its stories was the increasingly politicized, increasingly left-leaning Popular Science, which shut down posts by readers on September 24, 2013. If you, the reader, immediately think debate over “Global-Change-Climate-Warming," or whatever the term is today, might have been the impetus, you’re probably on the right track. Said then Digital Editor, Suzanne LaBarre:

Oh, we see, Ms. LaBarre. Never shall the hoi polloi speak about what their political betters tell them is the truth.

As Klint Finley recently noted in Wired, in August of 2014, CNN Online stopped comments on its coverage of the Ferguson, MO police, riots, and protests. In January of 2015, Bloomberg cut out reader comments. August of last year saw hard-left The Daily Beast block reader comments. In October of last year, Vice Motherboard re-launched sans reader comments, but offering a weekly “letters to the Editor” style feature. Other sites, such as USA Today FTW, and The Week have shut down their comments, as well.

So, NPR is in comfortable company. But, the difference between National Public Radio and these other news sites is that even as the NPR rulers shut down the “public” from commenting on their propaganda, they demand and receive money from that same public through massive infusions of tax cash. So, on the one hand, NPR is kept afloat by injections of government-seized green - but, on the other, NPR does not want those people who are being pilfered to comment on what their cash is doing.

That’ll probably change tomorrow when another example pops up.