In a tweet Saturday, Graham posted side-by-side photos of a line of Trump supporters, many of them in pick-up trucks and toting American flags and pro-Trump banners on their vehicles, alongside a caravan of vehicles waving black ISIS flags.

“See the difference? Me neither,” wrote Brown, who's listed as an associate editor for the Boston Globe's opinion section. 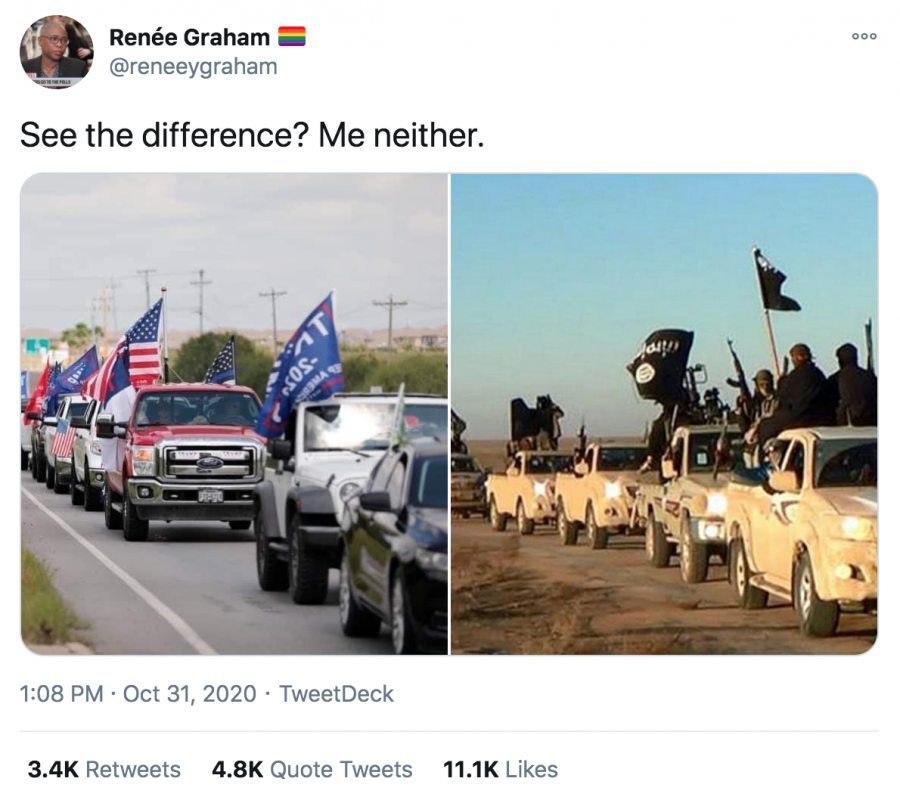 While the tweet has racked up more than 11,000 “likes,” it’s also gotten Graham more than 21,000 responses, a phenomenon known in Twitterland as the dreaded “ratio” that means a tweet hasn’t been well-received by its audience.