Nothing To Do With Islam? 450 Of 452 Suicide Attacks In 2015 Were Conducted By Muslim Terrorists 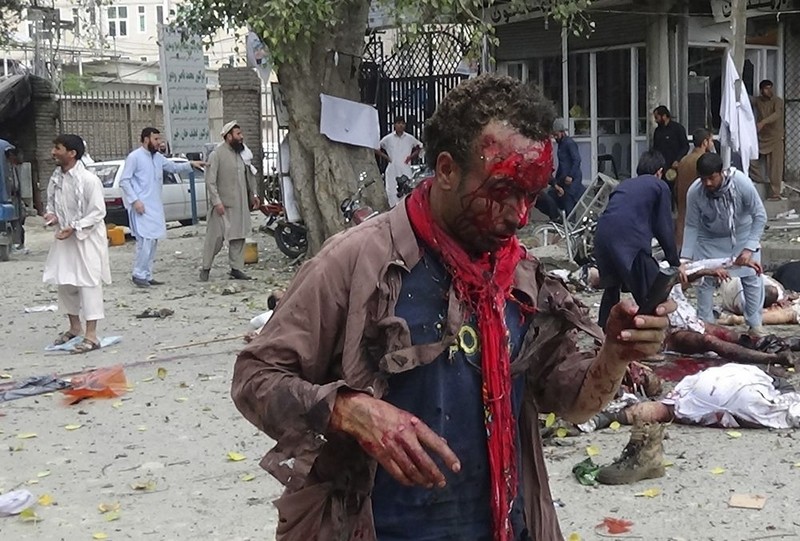 Tel Aviv University’s Institute for National Security Studies (INSS) has produced a report which may justify the liberals' refusal to place the blame for terrorism on "radical Muslim." After all, a grand total of TWO of the 452 suicide attacks world-wide in 2015 (or 0.44%) were conducted by non-Muslims.

The INSS produces an annual report on suicide bombings. According to the latest figures reported  in the Times of Israel, there were 150 fewer suicide attacks worldwide in 2015 than reported in 2014  (452, down from 592), but those attacks were more deadly: 4,370 people killed in last year's 452 attacks as compared with 4,400 people murdered in the 592 bombings in 2014. The 2013 figures were lower, 291 suicide bombings causing approximately 3,100 deaths.

ISIS, the group President Obama labeled as the JV team, was certainly varsity when it came to suicide bombings as they are credited with conducting 174 of 2015’s 452 suicide attacks.

The earlier reports did not include the number of bombings by Muslim terrorists vs. other radical groups, but the 2014 report does claim that Sunni Salafist jihadi groups "were responsible for most suicide bombings around the world":

Since the start of the millennium, suicide attacks have become a common mode of operation for many terrorist groups around the world, particularly Sunni Salafist jihadi organizations affiliated with global jihad. For them, suicide attacks are not only an effective tactic for causing death and destruction and sowing terror; they are also a trademark and proof of the willingness of their operatives to sacrifice themselves for the sake of God (fi sabil Allah).

According to Yoram Schweitzer, who directs the INSS program on Terrorism and Low Intensity Conflict, INSS does not count every claim of a suicide attack in in their their reports.  It only counts those attacks it verifies by two sources as being suicide attacks.

“We do not count every claim of a suicide attack. In other words, it’s not enough if Islamic State claims a certain number of suicide attacks. Quite a few groups like to claim that they carried out suicide attacks to make themselves look more important and powerful. We always rely on at least two sources to determine that a suicide attack really did take place. Even then, every determination we make is always qualified because we can never be exact about the percentages, and certainly not in places like Syria.​

(...) “Then we come to another issue,” Schweitzer elaborated: “Which terror attacks we define as suicide attacks and which we do not. My own definition includes all terror attacks that were perpetrated by a suicide bomber who carried explosive material on his person or on a mobile platform. They are planted inside or sent to the targets, and their certain deaths define them as suicides. In other words, the definition does not include ‘sacrifice’ attacks of various kinds, or people wielding knives or scissors.”

It also doesn't count an attack conducted by a number of attackers more than once. For example, "we consider the terror attack that took place in Paris two months ago as a single attack, even though there were seven suicide terrorists,” INSS says.

Oh, and, of those two 2015 attacks that were not conducted by members of the "religion of peace," one was carried out by the Kurdish underground. The other was perpetrated by a woman supporter of a leftist group in Turkey" - facts that, if given the opportunity, Pres. Obama would probably repeat over and over.