Not On A Roll: The Left Is Coming For Our Toilet Paper

The organization recently tweeted out this information, which caught the attention of American Thinker and other websites. 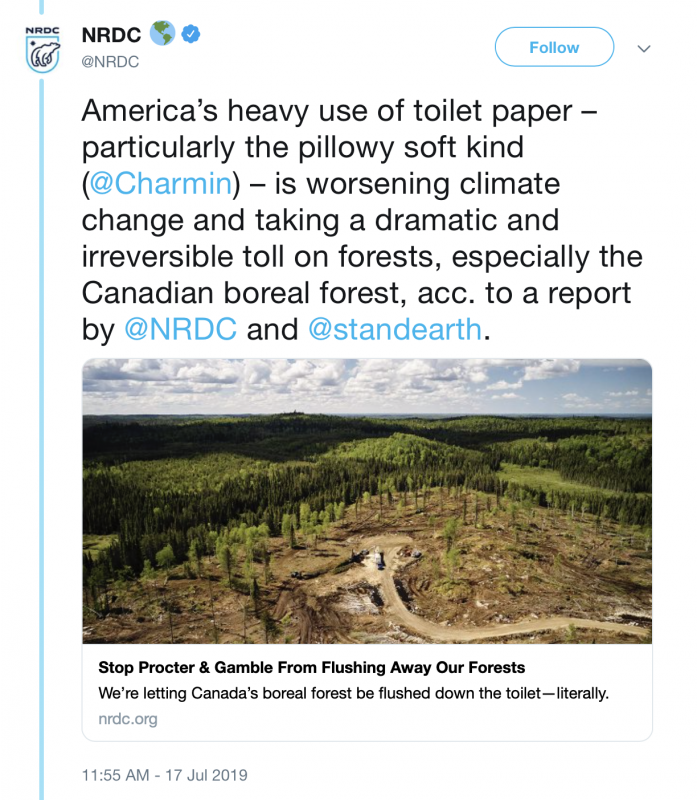 You may not realize it, but the toilet paper in your bathroom likely comes from some of the most important—and threatened—forests in the world. In fact, Procter & Gamble is driving the devastation of one of the last great forests on earth to produce Charmin, the world’s biggest toilet paper brand—made out of 100 percent virgin forest fiber.

Now we’re running out of time: Between 1996 and 2015, more than 28 million acres of Canada’s boreal forest were logged. This logging threatens the ways of life of hundreds of Indigenous communities, releases hundreds of millions of tons of climate-altering carbon stored in the forest into the atmosphere every year, and devastates iconic wildlife.

So, they want you to avoid Charmin (maybe because it was recently ranked the #1 toilet paper?) because time is running out.

I guess they haven’t visited the Canadian Natural Resources website which claims:

So maybe there is still quite a bit of time - if you believe the Canadian government.

The NRDC webpage also features a video that claims “Every American uses nearly 3 rolls of toilet paper a week on average.” 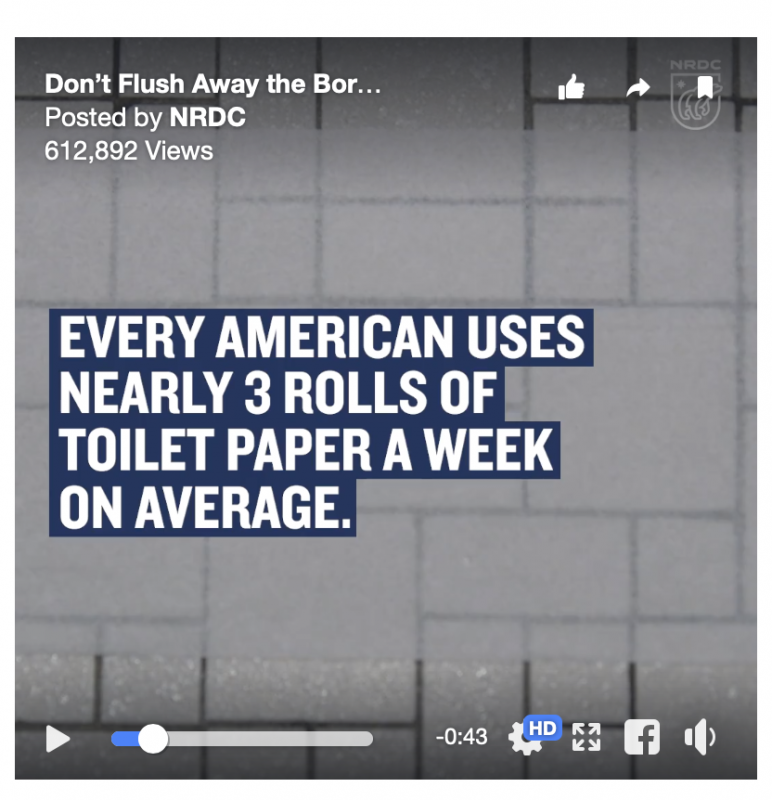 3 rolls a week for EACH American? Seems, uh, a little high. This may be a factor in their calculations.

If you desire to make your own calculations based on your personal toilet paper use, you can. Thankfully, the NRDC website provides a link to a paper calculator by the Environmental Paper Network.

Calculations based on the concept of someone actually using 3 rolls of 4x4 inch sheet, non-recycled 400 sheet toilet paper every week resulted in the use of well under half a pound of toilet paper, 0.001 million BTU’s of total energy, 0% short tons of wood use, and it threatens 4 species of wildlife each week.

I suppose if you are really using that much toilet paper it’s possible to ‘wipe’ out some animals. It also seems that in order for these calculations and predictions to give you the dire results the left predicts, you have to input a high percentage of crap. 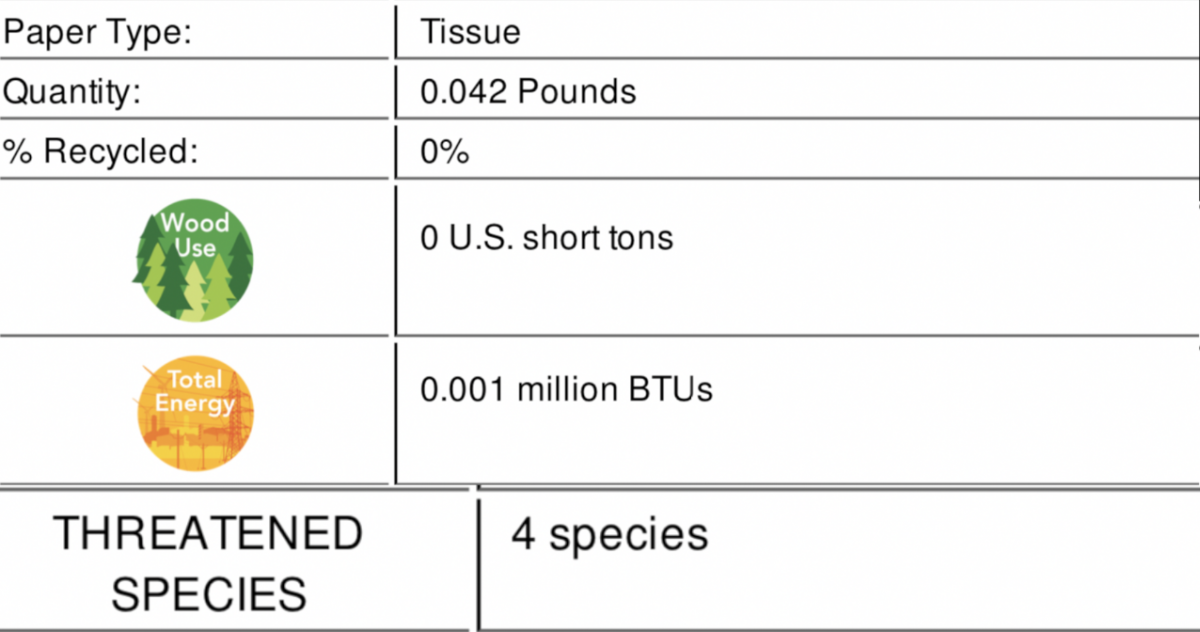 Now it’s time for the legalese: