A top lawyer for CBS was reportedly fired Monday after claiming on social media that she’s “not even sympathetic” toward the 58 killed and more than 500 wounded during a mass shooting at a country music concert in Las Vegas Sunday night, saying most county music fans as “Republican gun toters” who don’t deserve compassion.

In a now-deleted thread captured by the Daily Caller, Hayley Geftman-Gold posted her sentiments on Facebook: 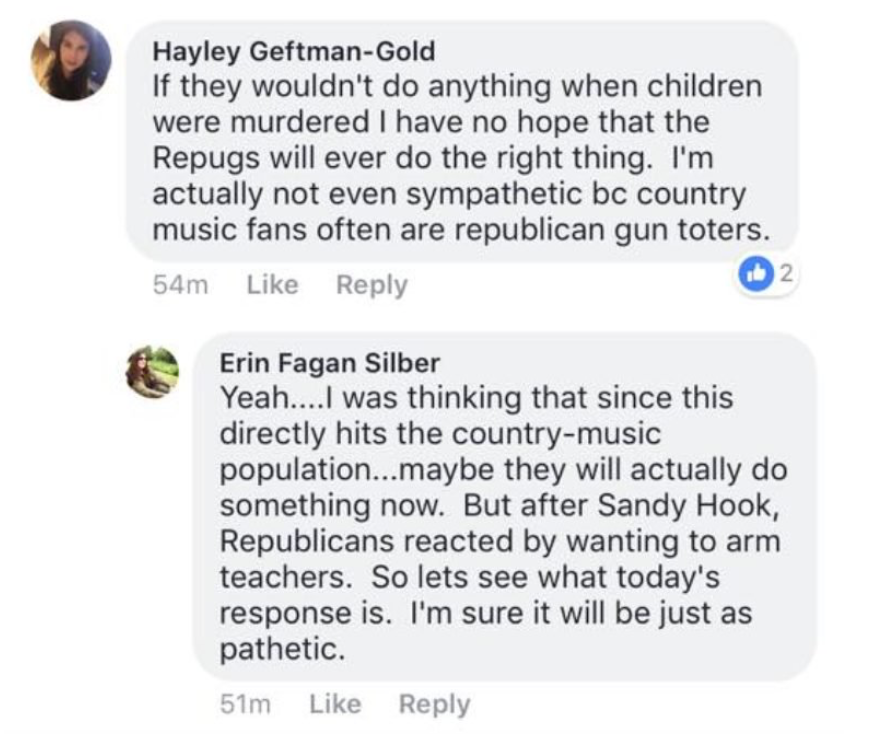 According to Geftman-Gold’s profile, she worked as VP and senior counsel at CBS. 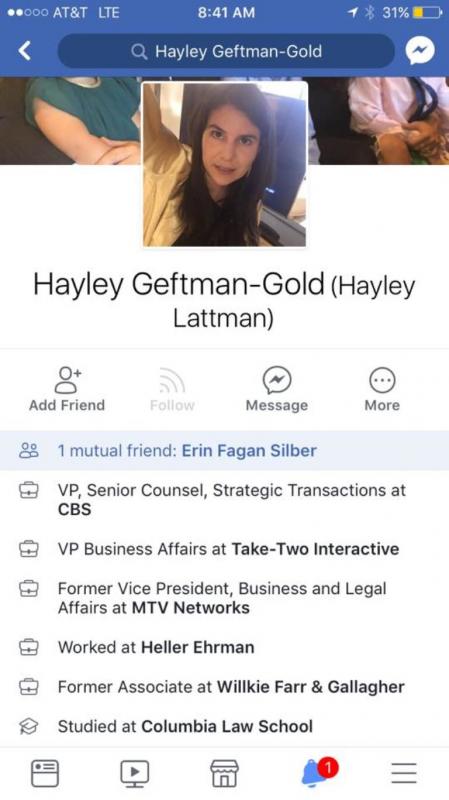 After the post went viral on social media, CBS sought to distance itself from Geftman-Gold, releasing a statement saying the lawyer had been fired and that her views were "unacceptable" to CBS.

"This individual, who was with us for approximately one year, violated the standards of our company and is no longer an employee of CBS," stated the network. "Her views as expressed on social media are deeply unacceptable to all of us at CBS. Our hearts go out to the victims in Las Vegas and their families."