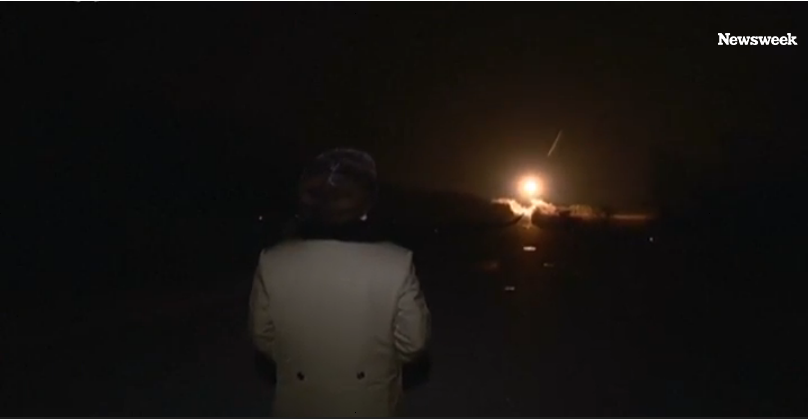 North Korea has seemed rather obsessed with rockets recently, having conducted a series of successful missile tests over the last couple of months. The hermit kingdom even had the audacity to crash land a missile not too far from the Japanese coast. But, despite the increasing number of military missile tests, Kim Jong Un may have his sights set a little higher than just world domination.

According to North Korean officials representing their nation’s space program, nicknamed NADA (yes, the Spanish word for "nothing"), Kim intends to plant his nation’s flag on the moon. The DPRK (Democratic People's Republic of Korea) first plans to launch a high-tech communication satellite by 2020, and then hopes to use that technology to execute a successful moon landing within the next ten years.

“Even though the U.S. and its allies try to block our space development, our aerospace scientists will conquer space and definitely plant the flag of the DPRK on the moon,” said Hyon Kwang II, director of the scientific research department of North Korea’s National Aerospace Development Administration.

So, instead of using its vital resources to feed its citizens, North Korea had decided to try and join the small list of nations that have landed on the moon. Maybe they still think the moon is made of cheese.

According to Hyon, North Korea will then attempt to “do manned spaceflight and scientific experiments in space, and make a flight to the moon and moon exploration and also exploration to other planets.”

Experts have said that it might be possible for North Korea to get to the moon at some point, but the ten year goal is little presumptuous.

“Judging from what I have seen so far with their space program, it will take North Korea about a decade or more to get to lunar orbit at best--if they really pursue this mission,” says Markus Schiller, one of the world’s leading experts on North Korea’s missile program. “My personal guess, however, is that they might try but they will fail, and we will not see a successful North Korean lunar orbiter for at least two decades, if ever.”

If North Korea does succeed, it will be the fourth country to land a craft on the moon. China was the last nation to do so in 2015, and the United States and the U.S.S.R were able to do it during the Cold War era.