NOAA Butchers Math in Report Claiming 2015 Was Hottest Year Ever 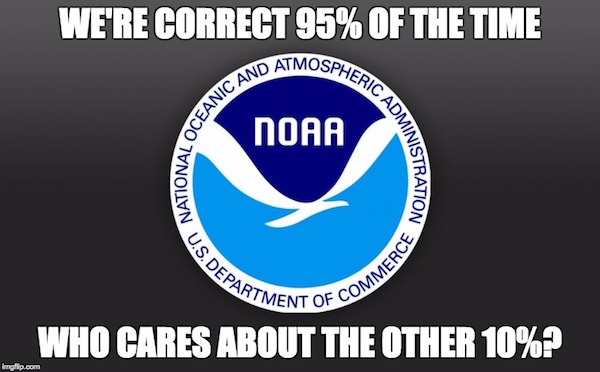 Are you perspiring? According to the National Oceanic and Atmospheric (NOAA), by now, the sweat should be pouring down your face because 2015 was the warmest year ever recorded.  But, if you are feeling cool, calm and collected, perhaps it's because the "record" temperature numbers presented by NOAA were either wrong or someone messed up, somehow.

Because, using NOAA's own numbers, 1997 was almost four degrees Fahrenheit hotter than 2015.

To explain where NOAA messed up, we have to start with 1997.

In a 1997 report discovered by Thomas Nelson, NOAA said the global average temperature for the year was 62.45 degrees Fahrenheit. 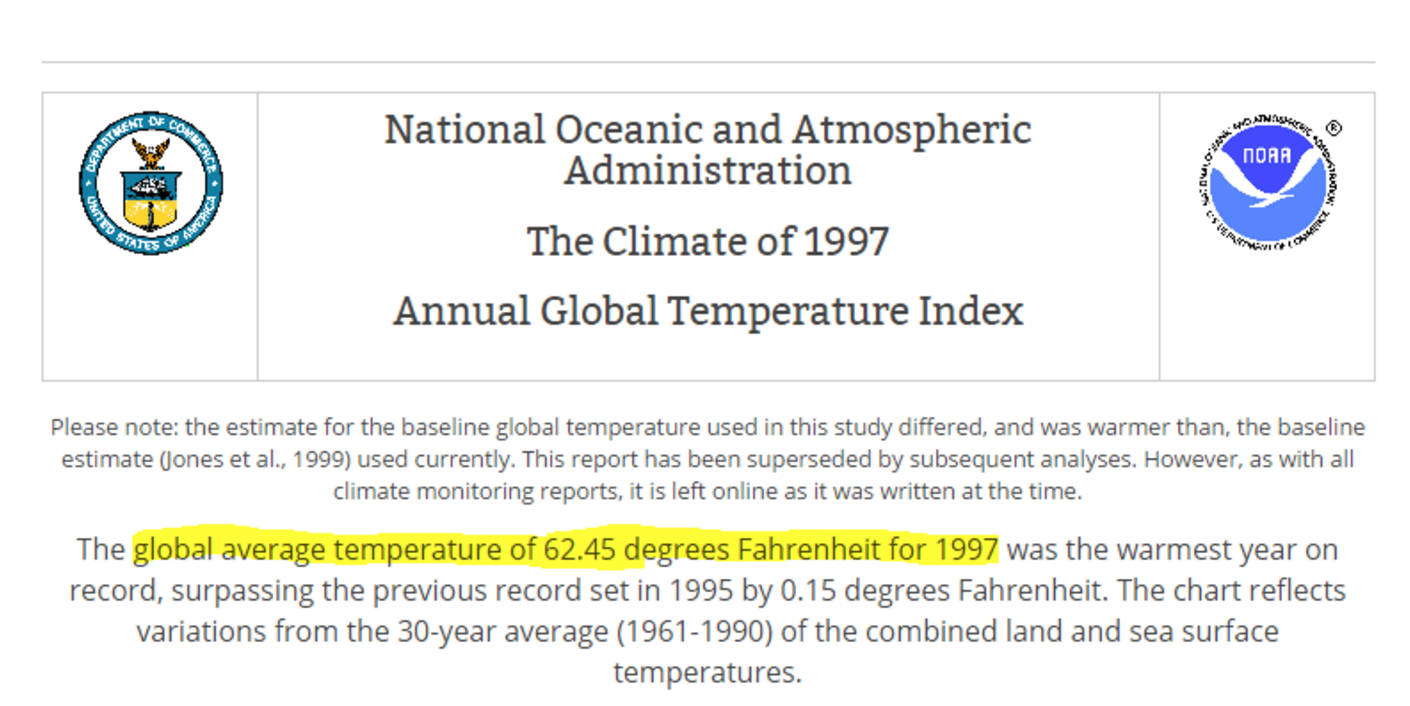 In that 1997 report, they say clearly that the Global Average Temperature (GAT) was 62.45°F, based on a 30-year average (1961-1990) of the combined land and sea surface temperatures. Since we know the 1997 El Nino caused a record high spike in temperature, that means that for that 30 year period, there was no warmer GAT than 62.45°F up until that time.

Now, back to 2015. The recently released NOAA report, claiming that 2015 was the hottest year ever, says:

During 2015, the average temperature across global land and ocean surfaces was 1.62°F (0.90°C) above the 20th century average. This was the highest among all 136 years in the 1880–2015 record, surpassing the previous record set last year by 0.29°F (0.16°C) and marking the fourth time a global temperature record has been set this century.

It was blogger Wattsupwiththat  who first noticed and explained the funky math. He explains that the recent report compares 2015 to the 20th century average - but, doesn't mention what that average temperature was.

However, it does give a 20th Century average in its November 2015  State of the Climate Report: - 13.9 degrees Celsius (57 degrees Fahrenheit):

My wife is the math wiz in our household, but in this case, I will give it a shot. According to my calculator: