No, The U.S. Does Not Lead The World In Mass Shootings

After the tragic events of El Paso, TX, and Dayton, OH many took to social media and the airwaves to perpetuate the myth that the U.S. leads the world in mass shootings.

When factoring in gun deaths per capita, homicide rates, and gun ownership rates compared to gun homicide rates  - the U.S. is much safer than a plethora of other developed countries, according to a study by the Crime Prevention Research Center. 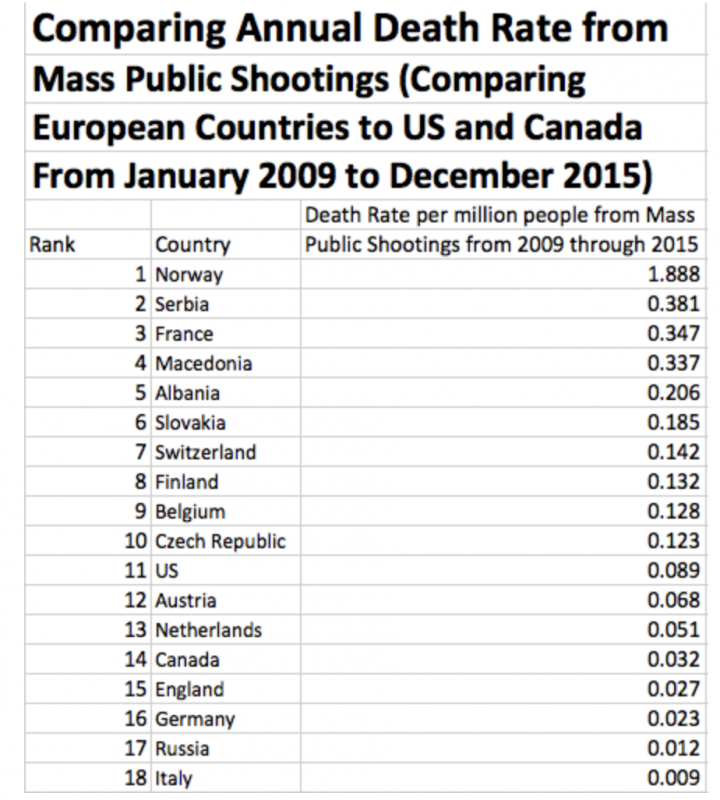 The CPRC took gun ownership and compared it to gun deaths, showing that places with fewer guns than the U.S. still had more murders, disproving the popular myth that more guns equal more gun deaths.

The organization claims that a botched study published in 2016 reported that from 1966 to 2012, there were 90 public mass shooters in the United States and 202 in the rest of world. They claim this study was deeply flawed but widely reported and spread the misinformation on US shootings.