If you’ve been living under a rock the past, oh I don’t know, three decades or so, and you still think the legacy media is unbiased and not in the tank for the Democrats, here’s more proof to add to the Mt. Everest-sized pile.

Washington Post Congress reporter and CNN political analyst Racahel Bade took to Twitter Wednesday night to wish everyone a “Merry Impeachmas,” posting the greeting along with a photo of herself and a few WaPo colleagues enjoying snacks and drinks while watching the House vote to impeach President Donald Trump. 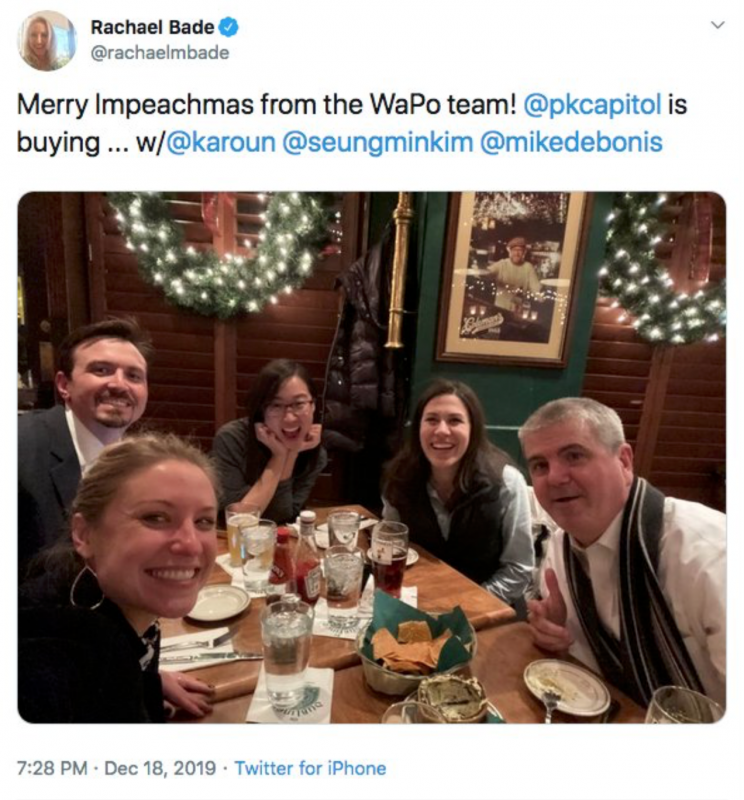 Bade later deleted the tweet, blaming others for "misinterpreting" it and claiming she was simply expressing how she was “glad we are getting a break for the holidays.”

I’m deleting a tweeting tonight that is being misinterpreted by some as an endorsement of some kind. To be absolutely clear, we at the Post are merely glad we are getting a break for the holidays after a long 3 months. I will retweet the group photo w/ a better caption !