The goalpost continues to move on a national anthem policy for the NFL.

A national anthem rule is yet to be enforced this NFL pre-season, as a standstill agreement between the two parties has been enacted as negotiations continue.

With the season opener coming on Sept. 6th, there’s still no word on a resolution. NFL Players Association representatives met Monday with NFL representatives to discuss the national anthem policy but no final decision was reached.

Monday evening, the NFLPA released this statement on Twitter: 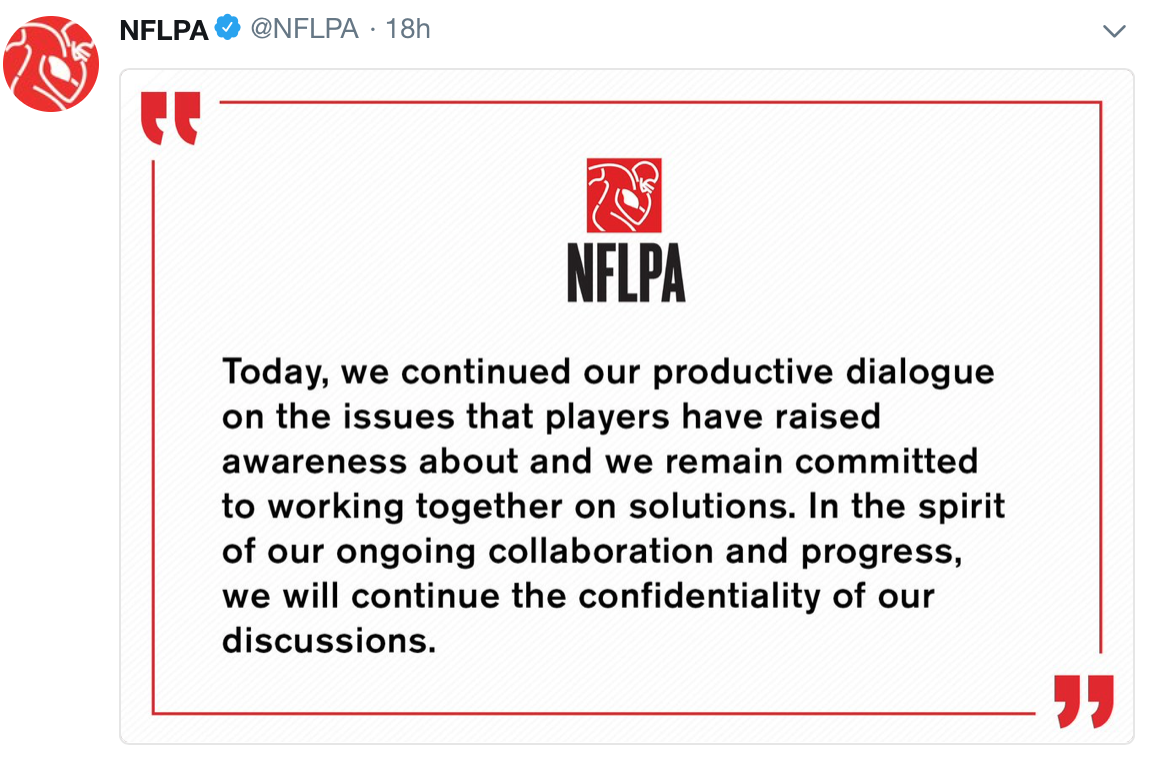