NFL Star Bryant: Black People Hold Each Other Back, 'Lead By Example' 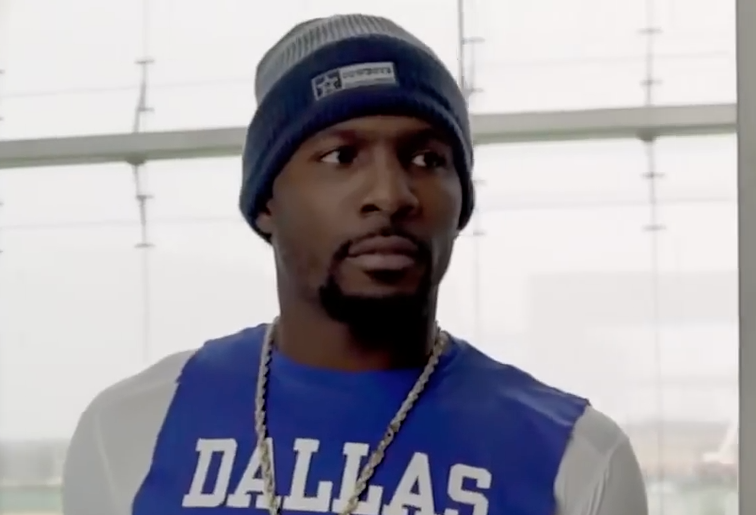 It’s not often you hear common sense come from a professional athlete or Hollywood elitist, but one NFL player doesn’t buy into racism as it’s currently portrayed by the media and politicians.

Dallas Cowboys star wide receiver Dez Bryant took to Instagram Monday to express his thoughts on who’s to blame for the plight of the black people in America.

“First and foremost, I would like to say I do a great job of minding my own business, but it’s pressing on my heart to share my thoughts about white Americans and black Americans (racism),” Bryant wrote.

I saw a person quote Charles Barkley when he said, “We as black people, we’re never going to be successful not because [of] you white people, but because of other black people.”

I hate to admit it, but I understand that quote.

I’ve been [racially] profiled on numerous occasions, but not once has it influenced an ill feeling inside me about anyone outside of that issue. REAL SLAVERY is different from what’s going on in our world now. We all (every ethnicity) have the opportunity to lead by EXAMPLE.

Instead of making videos about the history of racism that get applause or people with influence merely doing things to post for social media, we should focus on individual accountability to be better as a whole.

I recently ran into a guy I grew up with who spent his adulthood dealing drugs. While we were catching up, he shared with me that he wished that he chose a different and better path. He said seeing my success was inspiring and that it encouraged him to do better with his life.

Real question: What is wrong with being sophisticated and black? Why do we associate those who choose the straight-and-narrow as not being “black enough?” Why was it that I was one of the first examples of success to my friend?

We focus hard on fighting the realities that exist instead of creating our own reality. The ones who came for us (Martin Luther King, Rosa Parks, Malcolm X) paved a new path for us to follow. The struggles and hurt they endured created new life for us today.

It is not our job to carry the burden, but it is our job to lead by example.

Not that my opinion matters, I’m just sharing my thoughts.

Dez’s opinion does matter, especially when you consider that he had to know he would get blowback for his views.

Some of Bryant’s Instagram followers had some very derogatory, and often extremely vulgar, things to say about his views on the matter. 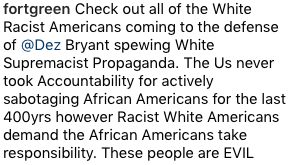 It doesn’t matter what race you are. It’s your own personal responsibility for your own life and the decisions you make that impact the trajectory of your life.

Some people, like Bryant, realize that. A lot don’t.