The NFL national anthem protests appear to be spreading to non-players.

Photos Thursday night spread on social media of a San Francisco 49ers cheerleader kneeling during the national anthem prior to the team’s Thursday night game against the Oakland Raiders. 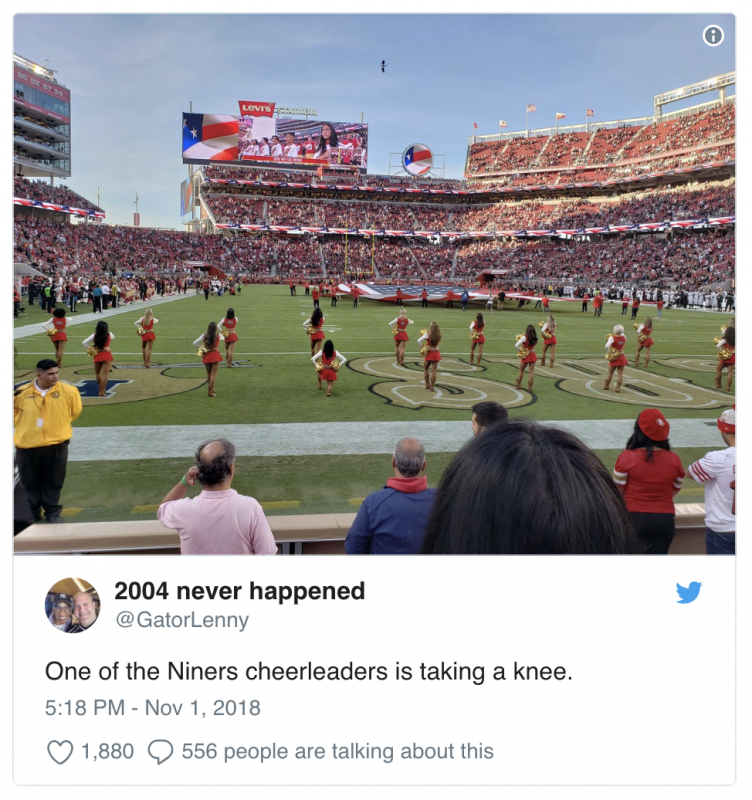 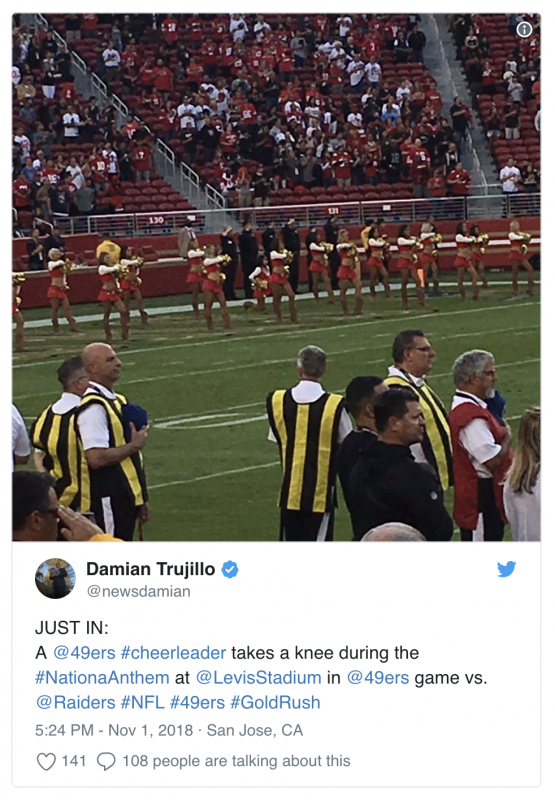 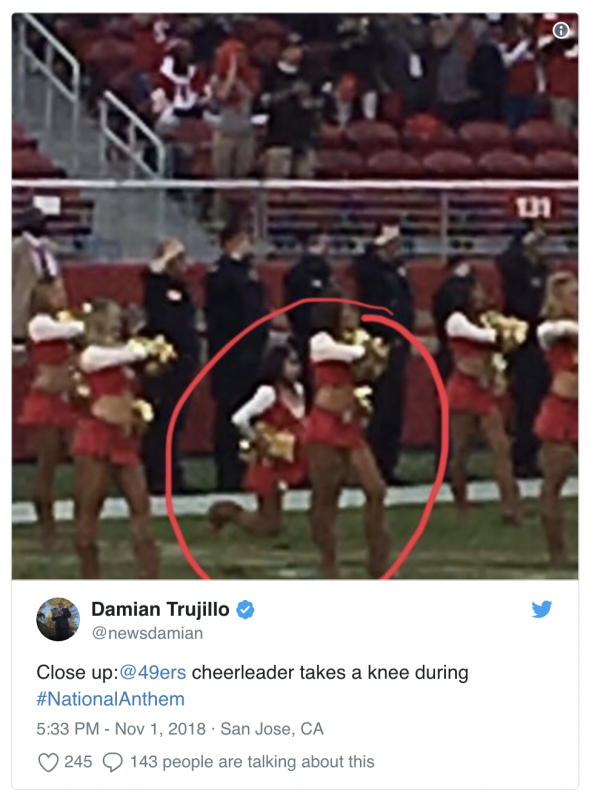 The cheerleader has not yet been identified, but would be the first NFL cheerleader to take part in the protests.

The woman is a member of the cheerleading squad for the 49ers, the former team of free agent Colin Kaepernick who started the kneeling protests in 2016. He is currently suing the NFL and the league’s owners for colluding to keep him off the field.

He has been a free agent since opting out of his contract with the 49ers in March 2017.