There reportedly was less participation, but some NFL athletes continued to take a knee during this Sunday's NFL games.

FOX News reports that half of the San Francisco 49ers took a knee. The team tweeted a video of the athletes kneeling before the anthem with the caption: "Together."

The 49ers added in a statement: "For more than a year, members of our team have protested the oppression and social injustices still present in our society. While some may not have taken a knee or raised a fist, we have all shared the desire to influence positive change. Today, our team chose to publicly display our unity in a new way and, in turn, urge others do the same."

Oakland Raiders running back Marshawn Lynch was spotted with a “Everybody Vs Trump” t-shirt before the game. On the sidelines of the field, he was the only Raiders player to take a knee during the national anthem. 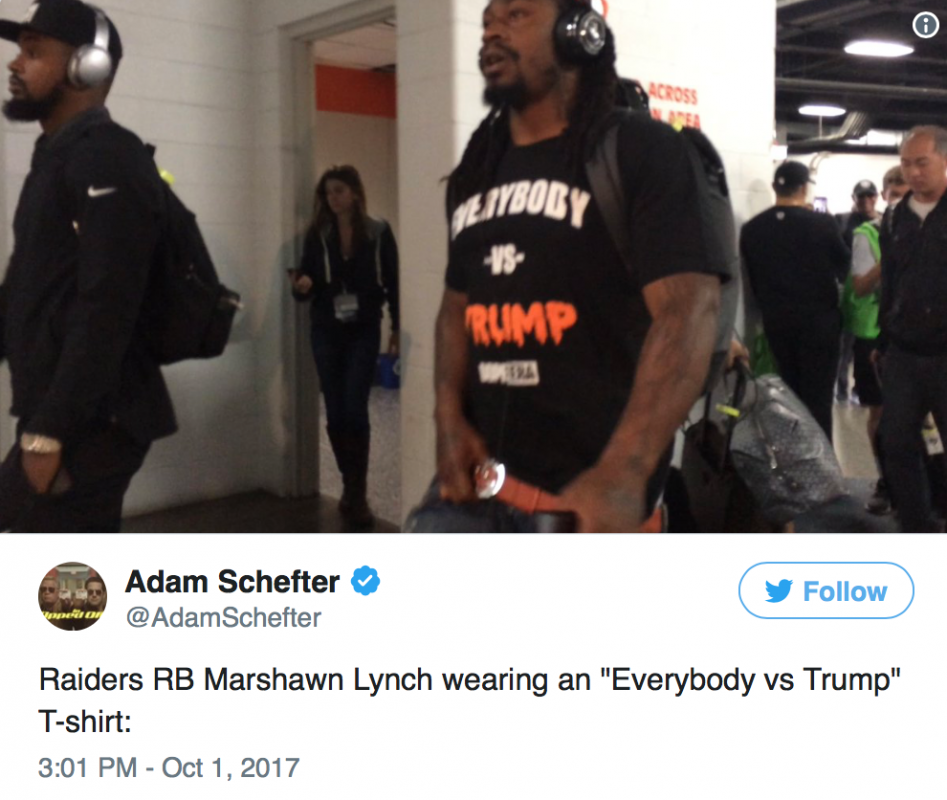 All but two Baltimore Ravens took a knee on the field before the national anthem. The team then stood on the sideline after the music started.

For a more complete rundown on the anthem actions of NFL teams, check out FOX News.