It turns out American music artists and Hollywood celebs aren’t the only ones making cringeworthy PSA videos trying to convince people to tow the government line. New Zealanders have decided to embarrass themselves, too.

A New Zealand rapper you’ve never heard of called Randa partnered on a project with a scientist named Joel Rindelaub, who together recruited an ensemble of figureheads, politicians and other scientists, to produce a rap video encouraging people to get The Jab. The project, according to Rindelaub, was meant to dispel vaccine "misinformation" while convincing the younger generation to get the shot (though, if social media is any indication, it's more likely to make them throw themselves off a cliff or choke to death from laughter).

How bad? Well, for starters, it's filled with lines like:

I know what you're thinking,
I'm young, I'm healthy,
the virus won't affect me
How can Pfizer help me?'

Inability to orgasm,
damage to your lungs,
that's a heavy price to pay,
don't be f**king dumb.

And, if you can believe it, the actual video itself makes the song sound like a PhD dissertation.

The song, called “Vax the Nation,” has barely racked up 11,000 views on YouTube, but it’s garnered more than a little mockery over on Twitter, and the YouTube comments are…let’s just say, lackluster. 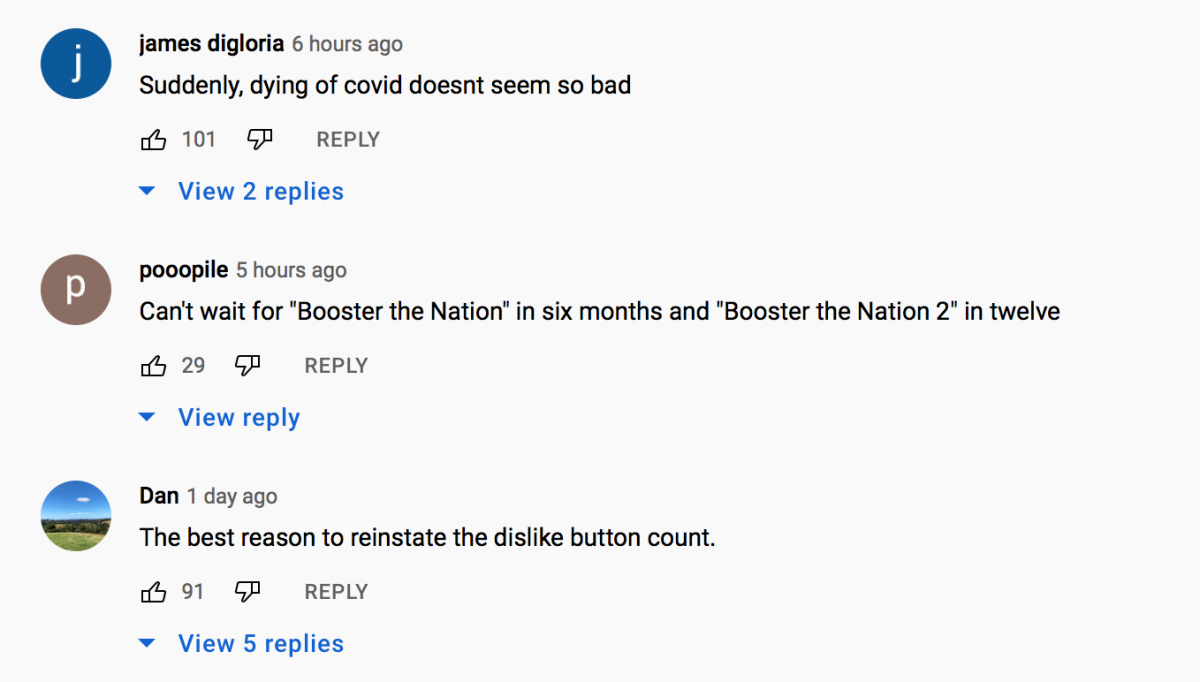 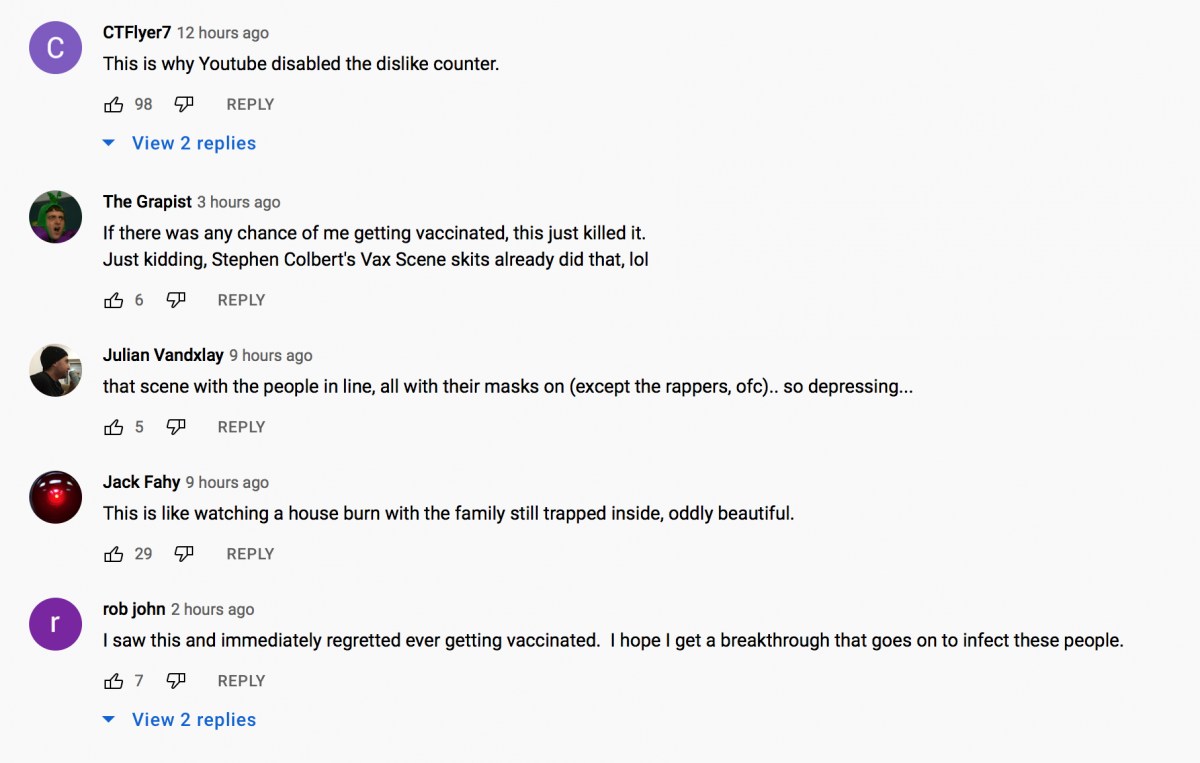 Watch the atrocity for yourself here: