New York Times Reporter Asks for Personal Stories About '#ExposeChristianSchools' Campaign, and Gets Lit Up On Twitter

Dan Levin, a New York Times reporter, put out a blast on Twitter asking for personal stories for a piece he’s writing about a campaign to “#ExposeChristianSchools,” a new social media tirade that's taken off in the wake of recent “news” that for the past 12 years, Second Lady Karen Pence has been teaching art at a private D.C. school that doesn't accept homosexual behavior in keeping with their Christian faith. 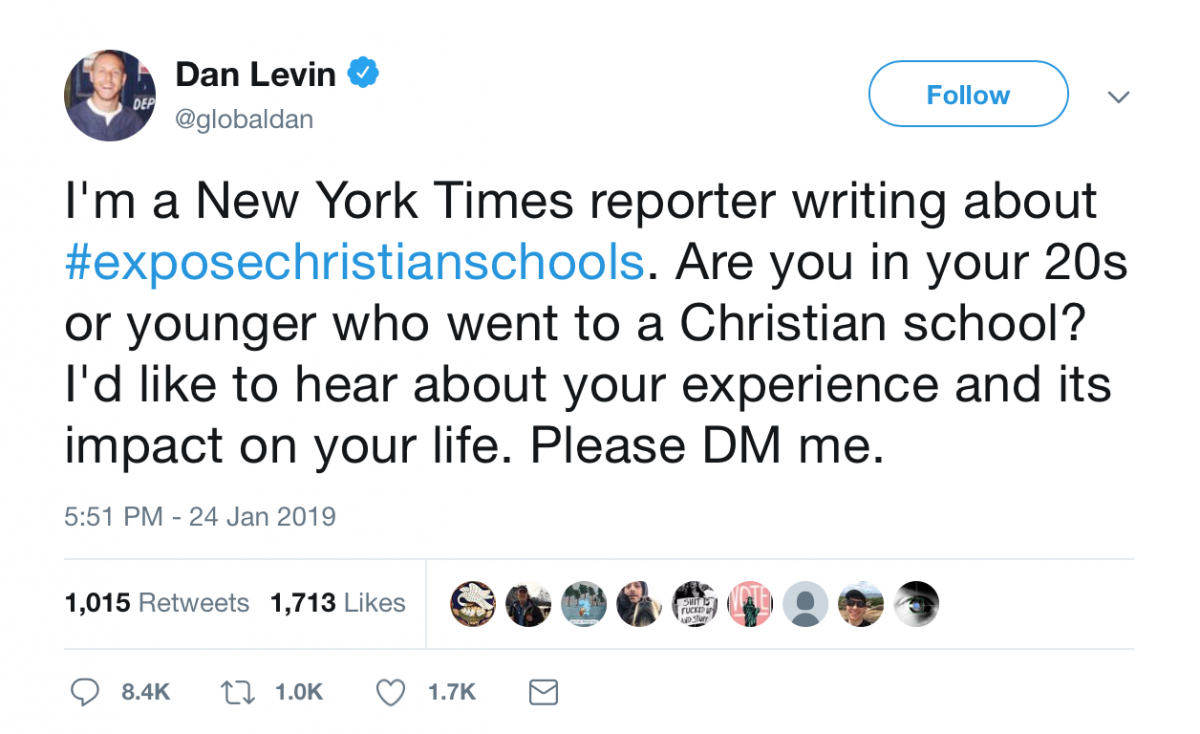 And it's pretty safe to say, people weren't having it.

Just a hunch, but this will be a largely, if not exclusively, negative hit job on Christian schools#Judeophobia, meet #Christianophobia

I went to Catholic school Dan. No one molested me. I learned way more than I did in my two years in public school. Want to talk about it?

Honest question: is fishing for stories like this considered proper journalism?
This is basically confirmation bias in the raw uncut form.

I’d be happy to share my great experience and the moral values I was taught that I continue to carry on throughout my life today. Will these actually be reported on, or just the negative ones that you hear?

As of Friday morning, Levin’s tweet had garnered more than 8,500 responses compared with only 1,700 “likes,” a phenomenon commonly referred to on Twitter as a “ratio” that indicates a tweet isn’t being very well received.

Now, to be fair, Levin didn’t necessarily say flat-out that he's planning to write negatively about the social media campaign or Christian schools in general. However, given the New York Times’ less-than-flattering coverage of Ms. Pence’s volunteer activities -- and Levin's suggestively-worded request for personal accounts -- it’s fair to assume a heavily biased approach is forthcoming.