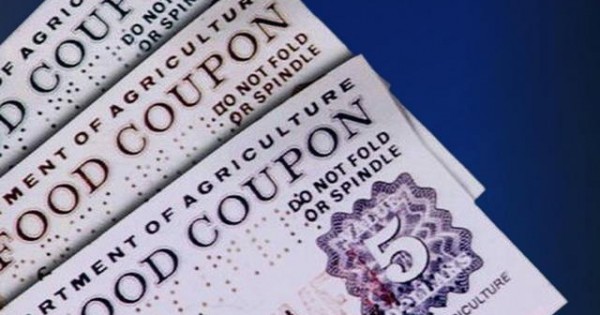 According to a new study by the Center for Immigration Studies (CIS), the best way be put near the front of the line to receive food stamps is to have at least one Illegal Alien in the family. The study demonstrates that, at times, the U.S. Department of Agriculture’s Supplemental Nutritional Assistance Program (SNAP) - also known as food stamps - provides benefits to families with an illegal or other ineligible alien wage earner in it, while denying benefits to a family identical in every way except that it was composed totally of U.S. citizens.

There are two groups of aliens who fit into the ineligible category:

Though the 2002 Farm Bill passed by Congress defined food stamp eligibility and does not include those two groups, their states have declared them eligible for benefits, anyway.

Food stamps is a program for low-income people and families, so obviously there are set family income limits based on the number of people in the family. "No family of three, for instance, with a gross income of more than $2,177 a month is routinely eligible for benefits."

(...) in most states — under some circumstances — families including an employed ineligible alien can secure food stamps when an all-citizen family of the same size and with the same income would be denied the benefits.

Let’s say that the all-citizen family consisted of three people, employed father, stay-at-home mother, and a small child. Dad makes $2,400 a month. The family’s income is too high for food stamps since the maximum monthly income is $2,177 for a family of three.

Then next door there is a mixed family, also three people, with the father being the only worker, also earning $2,400 a month. The difference is that the father is an ineligible alien and so, under many states’ regulations, one-third of the family’s income is ignored (prorated is the word in SNAP circles), leaving the family with a nominal income of $1,600 a month that allows the family to get a food stamps allotment, but only for the two citizens, not for all three in the family.

The family with the illegal immigrant father gets smaller benefits than if it was an eligible family of three below the $2,177 income line, but unlike the family composed of all citizens, they are getting something. This "proration" method of determining income is totally unfair to U.S. citizens and eligible green card holders as it is biased against those who are here legally.

Incidentally, this strange arrangement only benefits the better-off families including ineligibles; in the case of a family of three it would allow mixed families with incomes of more than $30,000 a year to receive benefits. Proration does not create opportunities to receive benefits for really low income mixed families, as they are eligible already. A further irony is that politicians have accepted this bias in favor of a population that not only includes no voters, it includes very few people who will vote in the next five to 10 years.

Out of the 53 U.S. states and territories, only six do not follow the proration method described above. Each of those six - Arizona, Guam, Massachusetts, New Mexico, North Carolina, and Utah - has a Republican governor.

CIS estimates that $1,407,600,000 a year is spent on food stamps to illegal and other ineligible aliens, so, perhaps, that is a great place to start entitlement reform.  According to the study's author, "no other governmental program prorates income in this way, nor, to my knowledge, does any other program actively discriminate in favor of ineligible aliens."

But, even one program mishandling our tax dollars by distributing safety net programs incorrectly is one too many