New Report Shows 90% Of U.S. Cocaine Is Funneled Through Mexico 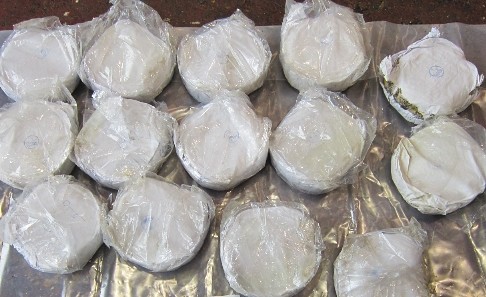 According to a new report out from the State Department, a whopping 90 percent of the cocaine in the United States is funneled in from Mexico – a fact that should shock just about no one, if you know anything about our miles and miles of wide open border.

But what’s perhaps even more shocking is just how prevalent this drug trade is – and just how devastating an impact it has on our society.

The State Department notes that while the vast majority of coke is flowing into the United States from Mexico, it’s not necessarily being produced in Mexico – it’s being made in Central and South America.

“The United States estimates that approximately 90 percent of the cocaine trafficked to the United States in 2016 first transited through the Mexico/Central America corridor,” the State Department noted.

Meaning that tons and tons of cocaine is successfully passing through Mexico at their southern border, then coming into the United States via ours.

The biggest single hole in this sieve appears to be Costa Rica, which the State Department blames on the small nation’s “strategic location, porous borders, limited security forces, and thinly-patrolled waters.”

You read that right – 24.5 metric tons. And if Costa Rican authorities aren’t intercepting the vast majority of drugs being smuggled through their country, as the State Department claims, just imagine how much is flowing through Mexico and right on into Texas. (On top of that, Costa Rica’s murder rate has been on the rise for the past three years as turf wars between gangs and drug smugglers are ramping up.)

Likewise, the amount of illegal coca plant cultivation in Colombia shot up by 42 percent between 2014 and 2015.

In addition to cocaine, heroin addiction is on the rise in the continental U.S., with 90-94 percent of our nation’s heroin flooding in from Mexico. The hardcore drug is made even worse when it’s combined with a synthetic drug called fentanyl, which, according to the State Department, is 25 to 50 times more potent than heroin by itself. More than 10,500 Americans died from heroin-related overdoses in 2014, making it one of the single greatest drug threats in the country.

These harrowing numbers lend further credence to the notion of a physical barrier along the U.S.-Mexico border. Because if Mexico isn’t going to stem the flow of drugs coming through its southern boundary, the United States definitely should.