A new Marist Poll Survey on attitudes toward abortion shows Americans support substantial restrictions on abortion, and would like to see Roe v. Wade reinterpreted to allow restrictions. 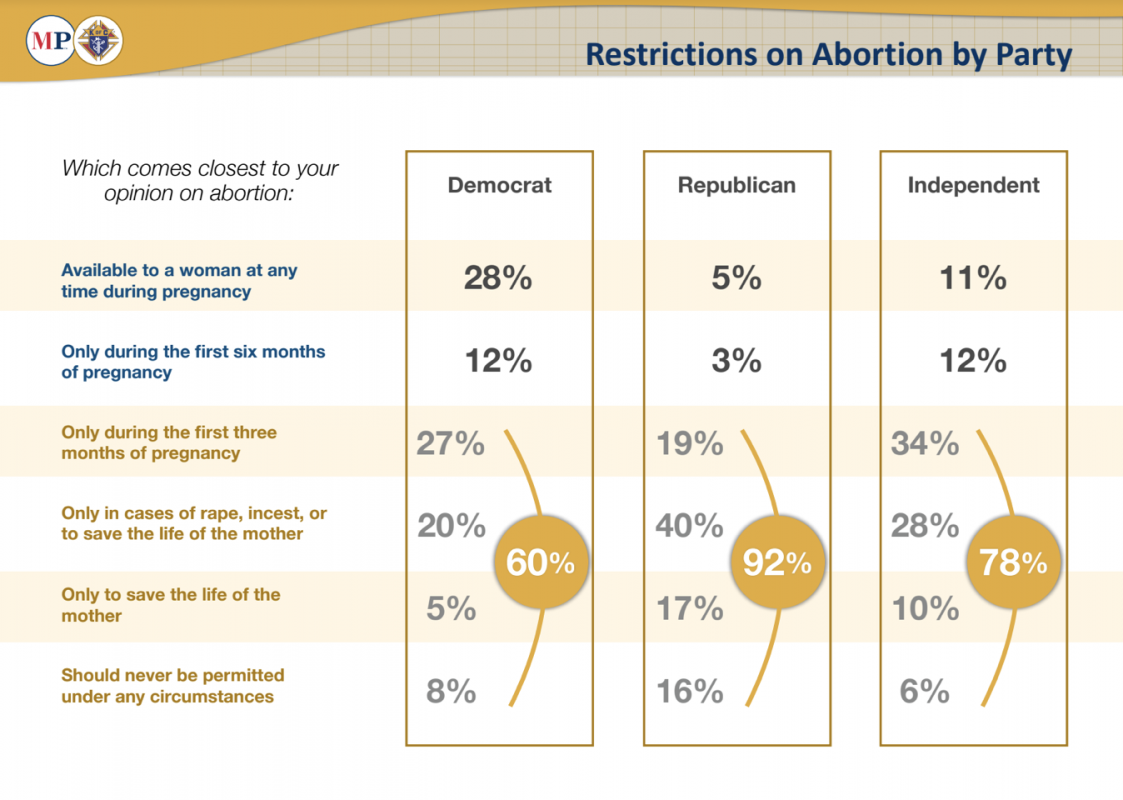 According to the poll, 75% of Americans say abortion should be limited to – at most – the first three months of pregnancy. This includes those who identify as Republicans (92%), Independents (78%) and Democrats (60 %).

Nearly two-thirds of Americans (65%) also say that if the Supreme Court revisits Roe v. Wade then the Court should rule either to allow restrictions as decided by each state or allow states to outlaw abortion.

Not surprisingly, the study also indicates a majority of Americans oppose any taxpayer funding of abortion (54%).

The survey also found that a majority of Americans believe that “scientifically” a fetus is “a unique life” (56%).

The survey of 1,066 adults was conducted January 8 through January 10, 2019 by The Marist Poll, sponsored and funded in partnership with The Knights of Columbus. 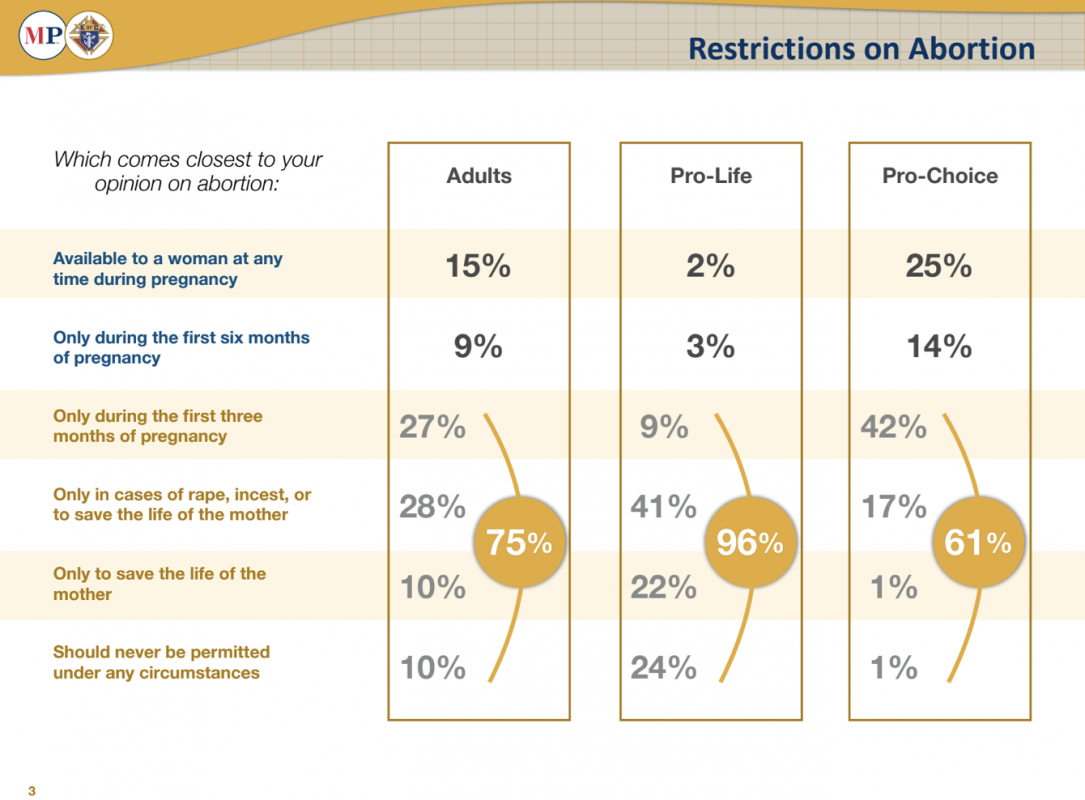 “As in past years, this poll shows that the pro-choice label on the abortion issue is simply insufficient,” said Knights of Columbus Supreme Knight Carl Anderson in a press release.

“The majority of Americans – in both parties – support legal restrictions on abortion. Two-thirds of Americans want Roe revisited to allow for state regulation of abortion or to ban it altogether. The majority of the American people deserve to have their opinions heard.”