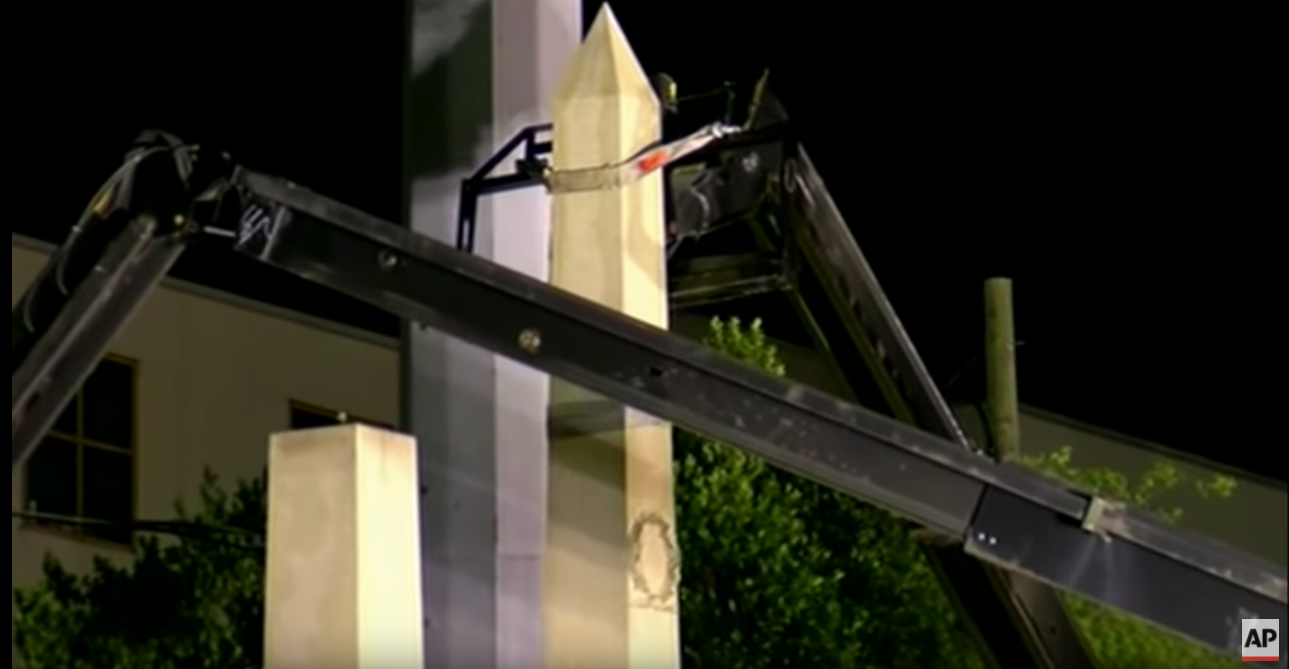 Under the cover of darkness, New Orleans began the process of removing memorials dedicated to the “Lost Cause of the Confederacy” in the name of “diversity and inclusion.”

The Times-Picayune reports New Orleans set up police barricades and placed snipers on rooftops so the city could remove the Battle of Liberty Place monument, the first of the four monuments slated for removal.

WVUE Fox 8 reporter Rob Krieger claimed the workers were even wearing “what appears to be bullet proof vests.”

City officials claim there have been death threats made against people for removing the monuments.

Mayor Mitch Landrieu issued a statement on the removal, claiming the statue will be placed in its historical context:

Today, Mayor Mitch Landrieu began the process of removing statues erected to honor the “Lost Cause of the Confederacy” by taking down the Battle of Liberty Place statue located on Iberville Street. The statue, one of four the City intends to move to a place where they can be put in historical context, was originally erected to honor members of the “Crescent City White League” who fought against the racially integrated City of New Orleans police and state militia. The decision to remove these statues was made after a lengthy public process that determined these statues failed to appropriately reflect the values of diversity and inclusion that make New Orleans strong today.

The other statues that will be removed are of General Robert E. Lee, General P.G.T Beauregard, and Confederate States of America President Jefferson Davis.

“The removal of these statues sends a clear and unequivocal message to the people of New Orleans and the nation: New Orleans celebrates our diversity, inclusion and tolerance,” Mayor Mitch Landrieu said.

“Relocating these Confederate monuments is not about taking something away from someone else. This is not about politics, blame or retaliation. This is not a naïve quest to solve all our problems at once. This is about showing the whole world that we as a city and as a people are able to acknowledge, understand, reconcile -- and most importantly-- choose a better future. We can remember these divisive chapters in our history in a museum or other facility where they can be put in context –and that’s where these statues belong,” he explained.