The Twitterverse has been abuzz this week, at least a little bit, with tweets from people who understand that impeachment isn’t the only thing Congress is trying to push through. There are actually other topics to talk about! I know! Crazy, right?!

Congress proposed their omnibus spending bill on Monday while everyone was, and still is, focused on the impeachment proceedings for President Donald Trump.

Two things in particular those on Twitter noticed in the omnibus spending bill: 1) the new bill includes “up to $500,000,000 to “enhance” border security…in Jordan. 2) The bill allocates $4.2 billion of taxpayer money the “Afghanistan Security Forces Fund.”

You read that correctly. And the kicker of it is that U.S. Customs and Border Protection (CBP) are slated to receive just over $1.9 billion, $2.3 billion less than what Afghanistan security forces would receive under the new omnibus. That $1.9 billion includes nearly $1.4 billion for “the construction of barrier system along the southwest border,” according to the bill.

Adam Shaw of Fox News and foreign policy analyst Jordan Schachtel noted the Jordan and Afghanistan proposals, according to Twitchy:

The omnibus spending bill provides another $4.2 billion of U.S. taxpayer dollars for the Afghanistan security forces, best known for their massive corruption, losing to the Taliban, & turning their guns on American soldiers.

If only those funds were for U.S. border security... pic.twitter.com/mazgaWFx8A

Here are close-up screenshots of both of the portions of the bill that Shaw and Schachtel noted, along with a screenshot of the proposal of funds for CBP: 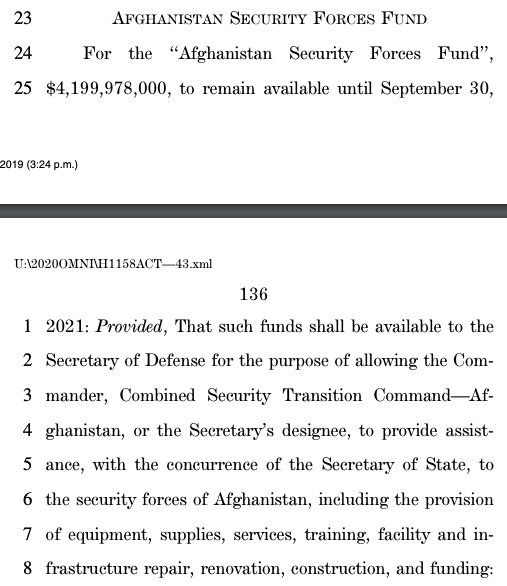 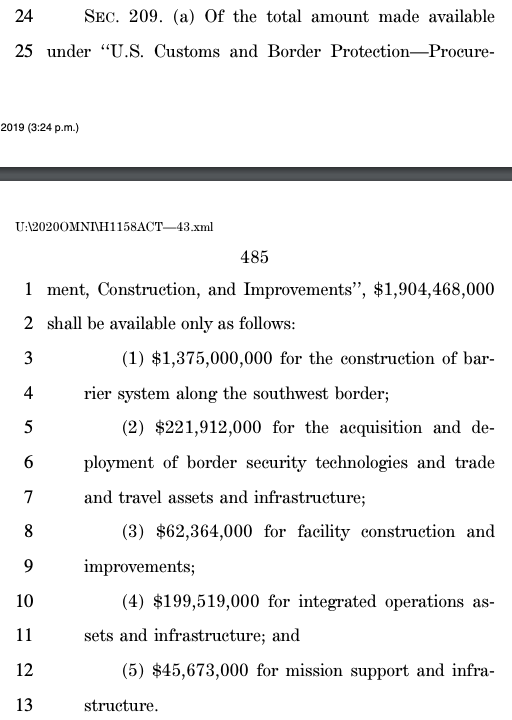 The current proposed omnibus bill is coming in at $1.4 trillion. That’s trillion with a “T.” It’ll be interesting to see if Trump will sign the bill considering what he said after signing the previous $1.3 trillion omnibus bill.