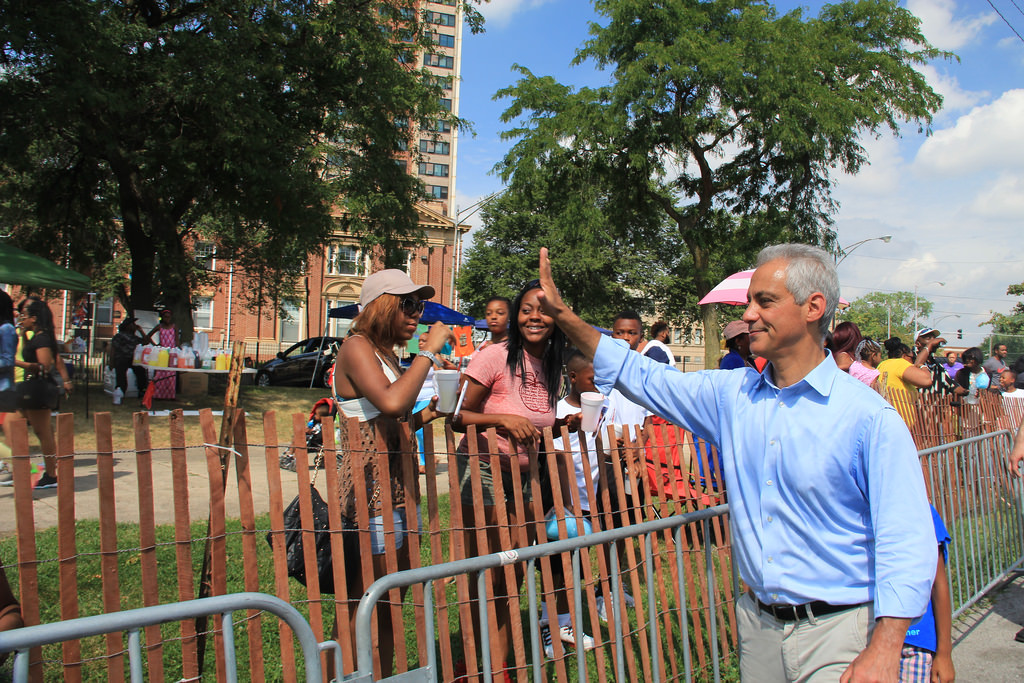 One wonders what Alice Cooper might think of this.

Under the wise and cosmic eye of his Holy Mighty Highness, Mayor Rahm Emanuel, the wondrous government of Chicago has carried through with a threat – er, “plan” – to stop all city high schoolers from graduating if they don’t have their own, government-approved “plan” for life upon graduation.

Indeed, like Orwell’s “1984” and Rand’s “Anthem” (which many students in the failing Chicago school system are too functionally illiterate to read), the “Windy City” government wants to control kids and their futures even more than simply indoctrinating them for twelve years. Now it wants to require a government-approved “life plan” before it lets kids out of the educational prison.

Please note, upon graduation, protesting the oppressive mandates and soul-crushing ritualism of the failing Prussian-based, Owenite government schools in Chicago and elsewhere in the U.S. is not an approved plan – though many people have been trying to sound the alarm about the system for decades.

Some of those alarmed Americans first heard about this grand Chicago proposal in April, when the somnambulistic Charlie Rose, Norah O’Donnell, and Gayle King of CBS “This Morning” lapped up Emanuel’s scheme like kittens at a bowl of cream, rhetorically rubbing cheeks with the technocrat as he waxed platitudinous about the idea, and as the “unbiased” O’Donnell nodded like a bobble-head and gushed her verbal approval. Rahm even showed the audacious cheer to agree with the sycophantic hosts that parents and kids were “buying in” to the idea.

As Scott Shackford, of Reason, explains, here’s what Rahmmy mandates:

In two years no Chicago high school student will be permitted to graduate unless he or she has received and returned a letter of acceptance from a two-year or four-year college (nothing like increasing the already pumped-up demand for inflated and useless college degrees). Alternatively, a student must have a letter of acceptance from the US military – you know, to embark on all those undeclared non-Wars the US has conducted for so long, and which don’t inspire blow-back in any way. Or, a student can show a letter of acceptance into a trades-apprenticeship program or a job program, or show a job offer or evidence of current full-time employment.

Sorry, kids, but actually doing the tedious twelve-years of slave labor for your Chicago school overlords is not going to be enough. Now, you'll not only be compelled to attend school through senior year, you will be compelled to have evidence of one of the above, and if your overall life/work plan does not conform to a list of options the government creates?

… No escape from three-ring binder gulag for you.

You wanna try to be a musician, busking in various cities for a year? Nope.

Stand-up comedy your thing? Forget it, despite Chicago’s great heritage of live comedy.

Want to start your own business? How dare you?

This is Chicago, and independent thought and initiative are not tolerated.

With this kind of oppressive attitude about student individuality and parental freedom, it’s no wonder parents have been clamoring to escape the Chicago public schools.

And this attitude isn’t anything new. For years, parents and kids in the Chicago school system have been at odds with the politicians, despite what Mr. Emanuel and the CBS comedy team say about folks “buying in” to the idea of more of the political poison. This is a school system that not only delivers a substandard education, even while forcing taxpayers to pay more every new budget cycle, this is a system that is so rife with violence, it boasts some of the most dangerous schools in the US. It’s a system that is so bad, parents recently revealed that the city government wasn’t even reporting the true school-based crime stats to the Illinois Crime Database. And it’s a city that is so mismanaged and full of murderous violence (all praise the wondrous fiction of “gun control laws”) that, a few years ago, school “officials” had to recruit police and military vets to “escort” kids home after school.

All this coming from a city government and school system that is so incapable of handling their own finances, they get huge subsidies from the financially crippled state of Illinois, yet still can’t balance their own budgets.

Why in the world would anyone want to acquiesce to the diktat of elitist politicians in charge of this rotting, failing system, and ever, possibly, think that the failing people in the government offices should have any say over the plans for their kids or themselves?

Years ago, the great Sheldon Richman wrote a book about the immorality and impracticality of government-run schools. Entitled “Separating School and State”, it dissected the reasons why taxpayer funded, politically controlled education was ethically unjustified and institutionally unworkable.

Now, Mr. Emanuel and his pals are ready to sentence kids to two more years of it and an Orwellian approval process for their own aspirations and life goals.

Perhaps if they stop patting themselves on the back for their own greatness, they might see that kids aren’t big fans of being caged. That’s one of the reasons why Alice Cooper’s song, “School’s Out” was such a hit.