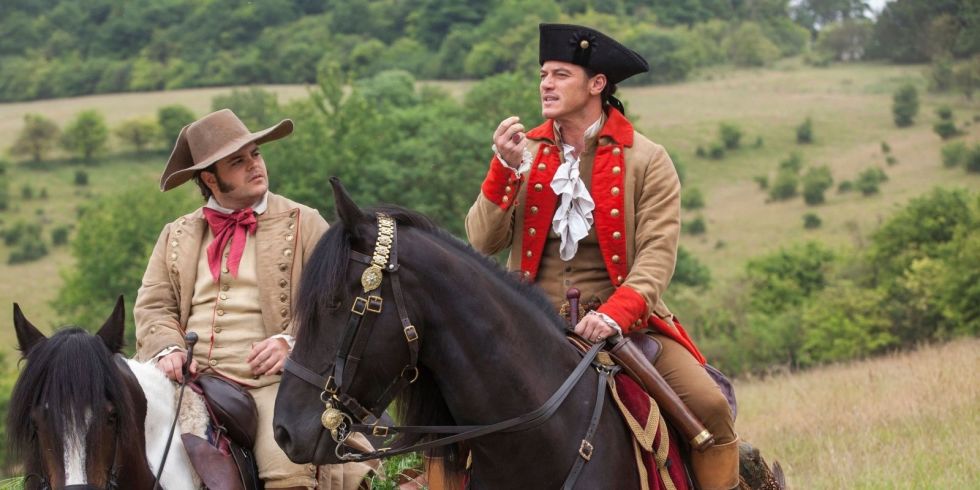 The much-fawned over “exclusively gay moment” in the new “Beauty and the Beast” movie is not quite gay enough for one Cosmopolitan writer.

Director Bill Condon told Attitude that in the film, the character LeFou is torn between a platonic and a romantic attraction toward Gaston.

“LeFou is somebody who on one day wants to be Gaston and on another day wants to kiss Gaston,” Condon stated.

But the moment, apparently, is too subtle for Cosmo Associate Entertainment Editor Eliza Thompson (spoiler alert).

Thompson writes that while she watched the entire movie waiting for LeFou and Gaston to “make out, or at least share a chaste peck on the lips,” the hyped-up gay moment is “kind of a big dud.”

She writes, “[T]he ‘exclusively gay moment’ is kind of a big dud, and if you hadn’t been warned in advance that it was going to happen, you might not even notice it at all.”

According to Thompson, the gay moment of the movie is “too subtle”:

Throughout the movie, LeFou dotes on Gaston as he did in the 1991 animated version, but the big moment comes at the end of the movie, when LeFou sees the error of Gaston’s ways and reforms. During the finale ballroom scene, after LeFou has joined up with Team Belle, LeFou dances with a man. That’s it! That’s all there is, unless you count the moment where LeFou’s dancing partner gets assaulted with a Madame Garderobe makeover and reacts with pleasure instead of disgust. Condon did say that it would be “subtle,” but if you think that sounds a little bit too [emphasis hers] subtle, you’re right.

Thompson states the lack of a full-on gay make-out session during the movie means Disney is “not anywhere near as progressive as it could be” and that they should have gone “all in” in an effort to upset “bigots”:

Representation matters, and Disney, despite making modest strides toward real diversity in recent years, is not anywhere near as progressive as it could be. The very mention that LeFou might be gay caused one Alabama theater to pull the movie from the schedule, because god forbid children see two men dancing (false imprisonment and implied Stockholm syndrome are fine though). But if you’re going to slip in a nod to homosexuality that you know will piss off bigots — and Disney must have known that even this throwaway moment would — you may as well go all in. Have LeFou actually confess his feelings for Gaston.

Thompson advises Disney to not only include same-sex kissing in their movie, but to show characters “consummat[ing] their obvious and undying love”:

Don’t stop at interracial kisses, include a same-sex kiss, as the Disney Channel cartoon Star vs. the Forces of Evil recently did. Better yet, let Lumière and Cogsworth consummate their obvious and undying love.

There you have it: unless your children’s movie includes gay characters making out or having sex, it isn’t the correct kind of diverse representation.

Thompson’s piece comes after Condon said the “gay moment” he referred has been “overblown.”