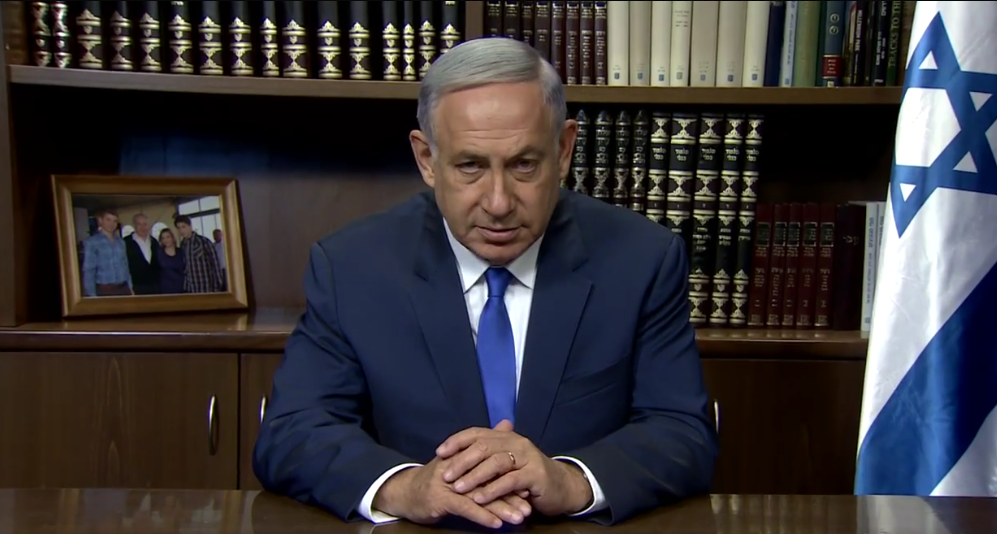 In wake of the terrorist attack in Orlando Sunday morning, Israeli Prime Minister Benjamin Netanyahu issued a statement asserting “all of us are targets” of Islamic terrorism because “[r]adical Islamist terror makes no distinction between shades of infidel.”

Netanyahu began his statement by condemning the terrorist attack in Orlando, stating Omar Mateen was “driven by a fanatical hatred” of the gay community “because he believed they were evil.”

Netanyahu then highlighted the persecution gays face in Muslim countries around the world.

“The murderer wasn't alone,” he said. “Regimes and terrorist organizations around the world ruthlessly persecute the LGBT community. In Syria, ISIS throws gays off rooftops. In Iran, the regime hangs gays from cranes. Too many people have remained silent in the face of this awful persecution.”

“This week's shooting wasn't merely an attack on the LGBT community. It was an attack on all of us, on our common values of freedom and diversity and choice,” Netanyahu continued. “Radical Islamist terror makes no distinction between shades of infidel.”

“This week it was gays in Orlando. A few days before, that it was Jews in Tel Aviv. Before that, it was music fans in Paris, travelers in Brussels, Yazidis in Iraq, community workers in San Bernardino, Christians and journalists in Syria.”

“All of us are targets. We believe that all people are created in the image of God. ISIS, by contrast, believes that all people who aren't just like them deserve to die.”

Netanyahu said, “We will not be terrified into submission. We will fight back. And we will triumph.”