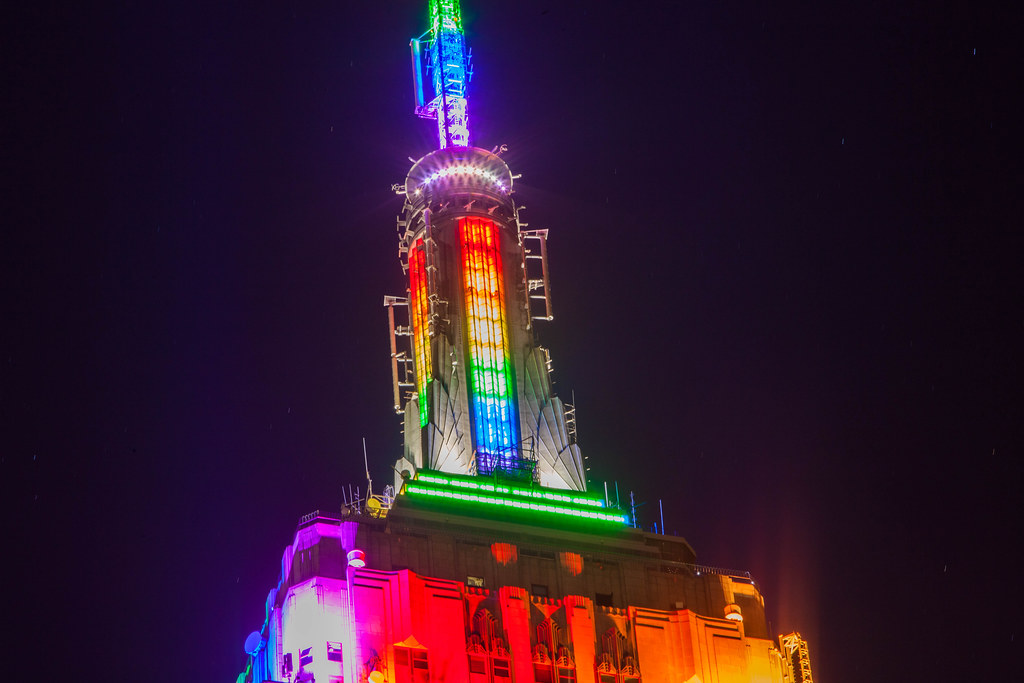 A contingent of representatives from the National Basketball Association and the WNBA, including NBA commissioner Adam Silver, participated in the New York City LGBT Pride Parade on Sunday, marking the first time a professional sports league has officially taken part in Pride.

Other attendees representing the NBA or WNBA included NBA Deputy Commissioner Mark Tatum, WNBA President Lisa Borders and former players Jason Collins and Sue Wicks, who both came out as gay and lesbian, respectively, during their playing careers. The NBA also sponsored and constructed a float for the parade, which carried Collins and Wicks, among others, through the crowded streets.

Dozens were seen wearing shirts bearing rainbow-colored logos of their favorite team, while Silver and Tatum wore "Orlando United" shirts to support the victims of the shooting at the Pulse nightclub in Orlando a few weeks ago.

The leagues' appearance at the parade was carried out as part of the NBA Cares initiative. According to its website, NBA Cares is a "global social responsibility program that builds on the NBA's mission of addressing important social issues in the United States and around the world."

Silver has not shied away from showing support for the LGBT community in the past. He indicated this year that the 2017 NBA All-Star Game would have to be moved from its scheduled venue in Charlotte, N.C. if the state's new bathroom laws were not changed. The NBA's participation in Pride this past weekend sets a strong precedent for other leagues to take similarly profound stances on political and social issues.