A mandatory Navy training course on domestic violence is requiring sailors to learn about “male privilege.”

A section of the application is devoted to how domestic violence perpetrators use “male privilege.” 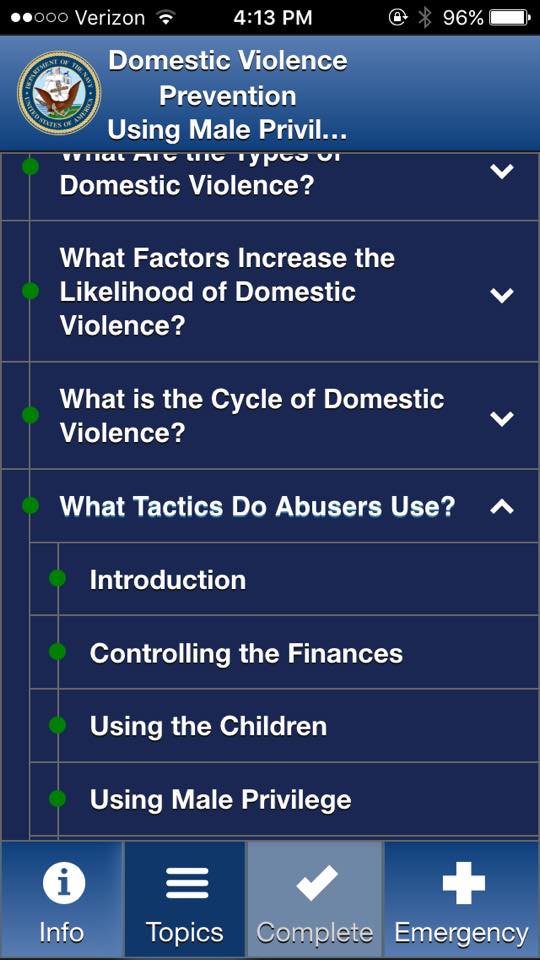 According to the application, “Many male abusers deny there is a such thing as ‘male privilege,’ but society has been reinforcing inequality between the sexes for centuries, ranging from unequal pay and job opportunities all of the way to more subtle forms of sexism in the workplace.”

An example of this male privilege is that allegedly, the media “always shows women in ads for cleaning products.”

The application states abusers use male privilege by treating “her” “like a servant” and “insisting that traditional gender roles define the relationship.” 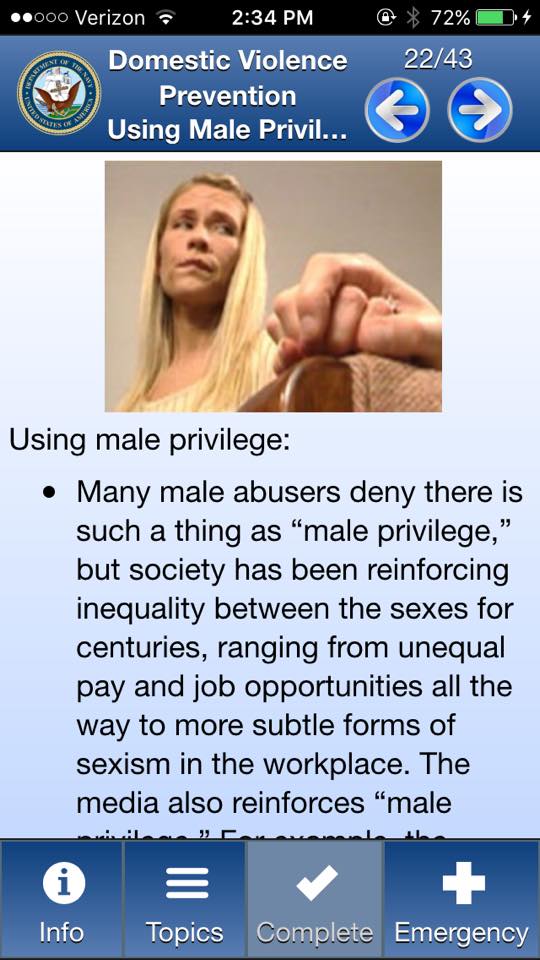 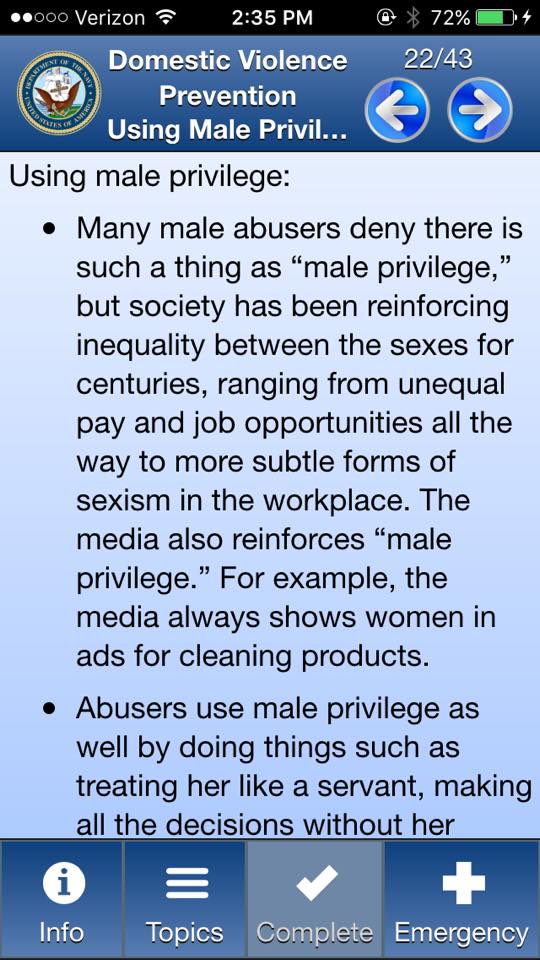 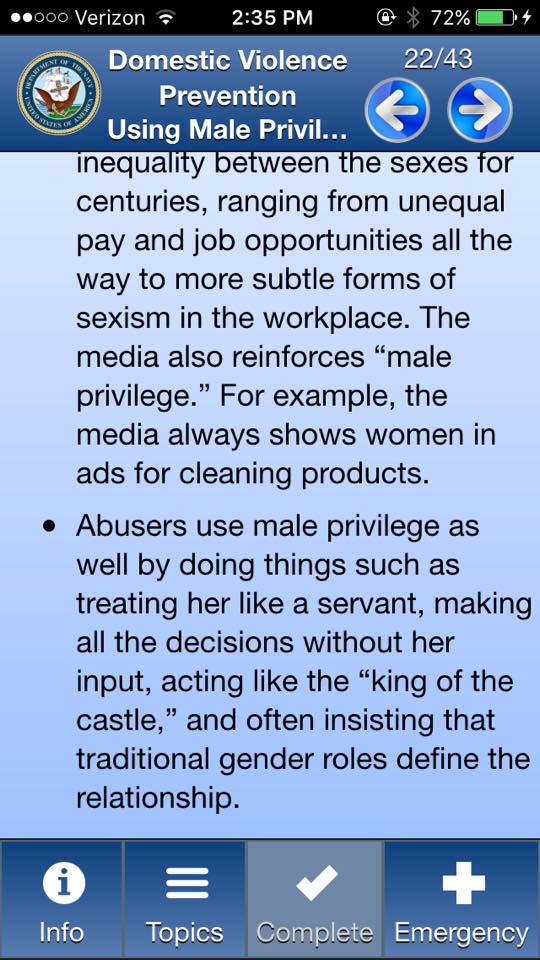 This required class about “male privilege” coincides with the material taught by the Navy’s Bureau of Medicine & Surgery.