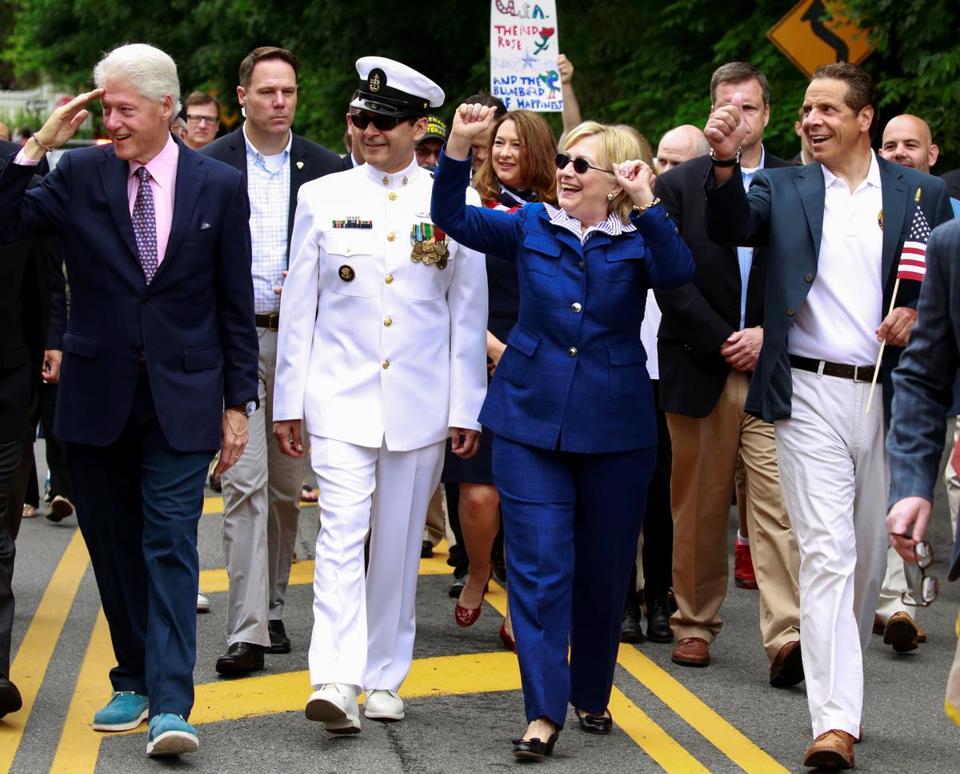 Wondering who the man in the Navy uniform is that was parading around with the Clintons on Memorial Day? So are a lot of other people, many of whom have called this man an imposter.

People all over the internet have been in an uproar trying to identify the man seen in multiple photos with Hillary and Bill Clinton over the weekend. People have criticized Flores for his appearance, and there was even a meme questioning why his uniform appears sloppy and why he seems to be wearing it while supporting a candidate.

In a Department of Defense directive entitled, “Political Activities by Member of the Armed Forces,” it states that a military member may not:

4.1.2.1. Participate in partisan political fundraising activities (except as permitted in subparagraph 4.1.1.7.), rallies, conventions (including making speeches in the course thereof), management of campaigns, or debates, either on one’s own behalf or on that of another, without respect to uniform or inference or appearance of official sponsorship, approval, or endorsement. Participation includes more than mere attendance as a spectator.

But Flores was allowed to walk with the Clintons because the event was a Memorial Day parade, not a partisan political event.

On a side note, Flores has been friends with the Clintons for a while now. The Clintons even attended Flores’ Navy retirement ceremony aboard the USS Makin Island.

During the ceremony, Hillary said, “Oscar without the Navy, is like me without a pants suit.”

Flores has himself been a political supporter of Hillary Clinton’s two runs for president. He's made a total of nine campaign contributions to her campaigns in 2008 and 2016.