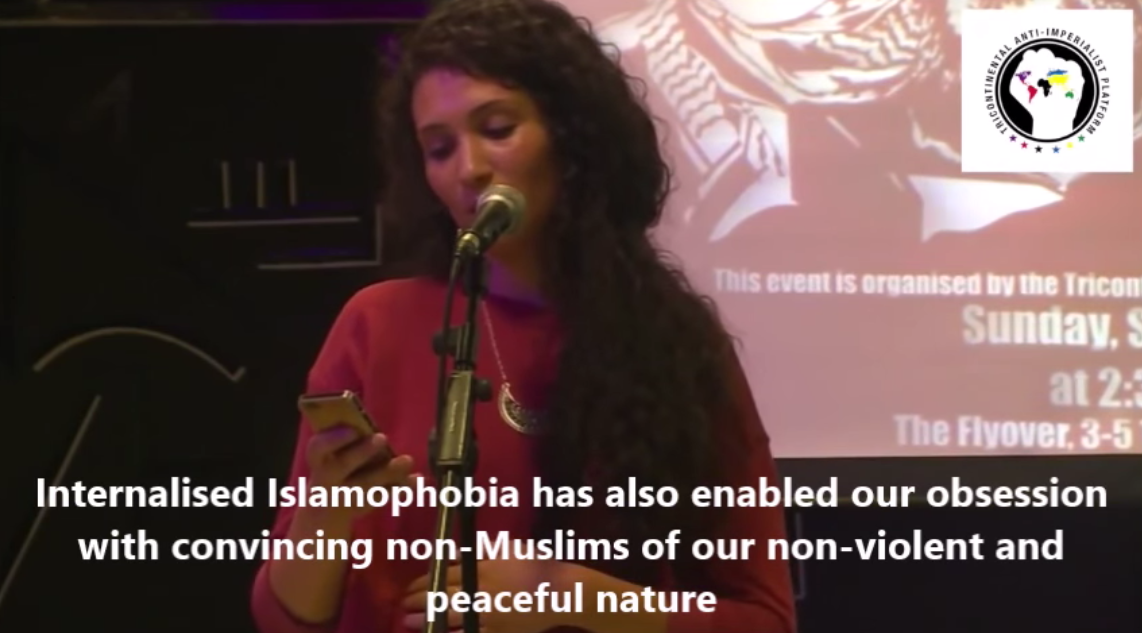 The National Union of Students (NUS), the confederation of student unions across the United Kingdom, has elected its first black female Muslim president—a radical activist who has endorsed terrorism against Israelis while refusing to condemn terrorism perpetrated by ISIS because it would be “Islamophobic.”

In 2014, while serving as the Black Student Officer, Bouattia voted against a motion that would condemn the terrorist organization ISIS. Bouattia argued that condemning ISIS would have been “justification for war and blatant Islamophobia.”

Bouattia claimed she would later propose an alternative motion that would condemn ISIS, but “will in no way pander to Western imperialistic intervention or the demonisation of Muslim peoples.”

In 2011, Bouattia co-authored a piece for the Palestine Society at the London School of Economics attacking the University of Birmingham for being a “Zionist outpost” for having “the largest JSoc [Jewish Society] in the country.”

Bouattia has also allegedly accepted the endorsement of Raza Nadim, a spokesperson for the Muslim Public Affairs Committee UK (MPACUK), who has called for Jews to “Take your holocaust, roll it up nice and tight and then shove it up your (be creative)!”

MPACUK has even been “no-platformed” by the NUS because of its anti-Semitism. Bouattia reportedly deleted her post accepting the endorsement after the Jewish community voiced their concerns.

While Bouattia refused to condemn ISIS violence because it would be “Islamophobic,” she also champions violence against Israelis because condemning it would be “internalized Islamophobia.”

A video recently posted on YouTube allegedly shows Bouattia saying, “As a campaign, we take a vocal and uncompromising anti-colonialist approach to the occupation of Palestine.”

But at least in the time of my involvement with the solidarity movement here in the U.K., there’s a few things that do worry us. Namely, the fear that the notion of resistance has been perhaps washed out of our understanding of how colonized people will obtain their physical emancipation.

There are, of course, many reasons for this. Some of which could be seen to stem from an internalized anti-blackness. With mainstream Zionist-run media outlets—because once again we’re dealing with the population of the global south—resistance is presented as an act of terrorism.

But instead of us remembering that this has always been the case throughout struggles against white supremacy, it’s become an accepted discourse among too many. When there’s a desire to engage in discussions of Palestinian resistance in its many forms, and therefore not limited to an armed struggle, the excuse of ‘Well, Palestine’s different’ or, ‘In today’s contexts, things are really different. We can’t use the same methods that we did back then’ are given amongst many.

Internalized Islamophobia has also enabled our obsession with convincing non-Muslims of our non-violent and peaceful nature so that we’re taking things a step further and dangerously condemning the resistance, branding groups as terrorists to disassociate from them.

She later says, “To consider that Palestine will be free only by means of fundraising, non-violent protest and the Boycott Divestment and Sanctions movement is problematic.”

According to a tweet by London Student, departing NUS president Dunn allegedly said that “[t]he rising levels of anti-Semitism we are seeing on campuses is startling” after Bouattia’s election.

The National Union of Students