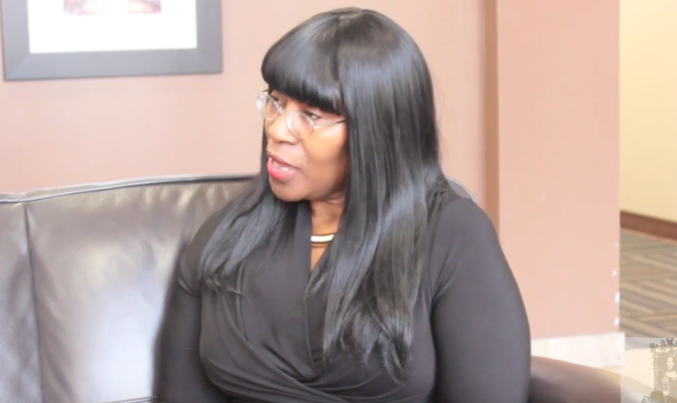 It looks like the National Association for the Advancement of Colored People (NAACP) has aligned itself with the thought process of groups like Black Lives Matter.

The NAACP delivered a radical message of racial division when the head of the Charlotte chapter, Corrine Mack, spoke Wednesday.

The USA Today reported after an interview :

"I'm not interested in Mr. Scott's background," Corine Mack told USA TODAY. "African-American men who are shot are immediately demonized. I say stop demonizing a man who can't defend himself. On the day in question he was just sitting in his car."

You’re not supposed to defend yourself from police. You are supposed to comply with police. When someone who has a gun doesn’t feel like dropping it when officers tell them to, then it becomes a problem.

“Mr. Scott’s background” is something you should be interested in since he has a violent history including aggravated assault with a deadly weapon.

"It has language about de-escalation, about how to approach an African American," Mack continued. "We've got to get these officers properly trained."

Properly trained for what? It has already been reported that officers in high crime areas have pulled back for fear of being labeled a racist.

Maybe instead of “properly training” officers to avoid confrontation in black neighborhoods, the NAACP should be proactive and teach members of their constituency to stop shooting each other at an astronomically higher rate, like in Chicago, than police shooting black people.

The last comments from Mack printed by the USA Today:

"I can see where my white brothers and sisters might think the race of the officer is important," Mack said. "But every person who becomes an officer takes on the blue culture mentality. A culture of escalation, not de-escalation, when dealing with African American men.

"At the end of the day, there are no consequences when you take a black life," she said. "Black lives matter, too."

You're right. the color of the police officer only matters when they're white. Quit contradicting your stances, Mack.

And it’s kind of hard to de-escalate when the person you are trying to calm down has a weapon and won’t put it down no matter how many times you ask please with a cherry on top.

If it isn’t about race and more about black people being killed by cops in general then cops shouldn’t need special training for dealing with African-Americans. Mack’s comments are in line with BLM in the fact that they show how they are the true racists every time those groups speak on the topic.